Calls to hold Ebrahim Raisi accountable for crimes against humanity 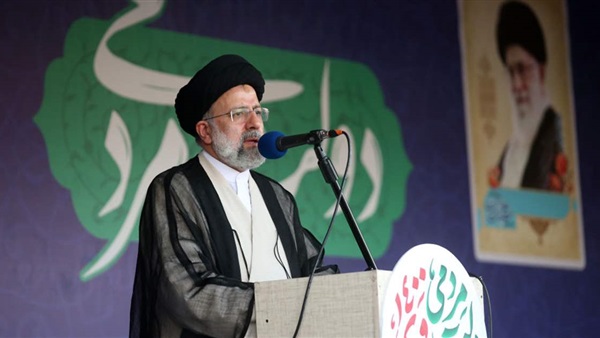 Iranians around the world are expected to participate in a major international gathering from July 10-12, along with pro-democracy activists from across Iran, global advocates of democracy, senior legislators, former senior government officials, and other dignitaries from the United States, Europe, Australia and the Middle East.

Earlier, Javid Rahman, the UN special rapporteur on the situation of human rights in Iran, called for an independent investigation into the role of the newly appointed head of state, Ebrahim Raisi, in the 1988 massacre of political prisoners, telling Reuters, “I think it's time because Mr. Raisi is now president. We'll start looking at what happened in 1988 and the people's role in it.”

Raisi was a member of the death commission formed by late Iranian Supreme Leader Ruhollah Khomeini in the 1960s, which sentenced thousands of political prisoners to death.

The massive gathering will strengthen the civic policies and procedures that demand seeking accountability of the mullah regime and especially Raisi.

Participants will stress that it is unacceptable for Western powers or the international community to continue normal diplomatic or economic engagement with a regime whose president is implicated in crimes against humanity.

Participants will also demand an end to the impunity that Tehran's leaders have long enjoyed despite their atrocious record of human rights abuses at home and abroad.

The Free Iran World Summit 2021 will be the largest gathering of its kind ever held. The event will start on July 10 and run until July 12.

Coinciding with the annual summit, rallies will be held at Ashraf 3, the Albanian home of thousands of People's Mojahedin Organization of Iran (PMOI) members, as well as at dozens of locations across Europe and the United States.

The annual summit takes place at a time when Iran has witnessed major changes that highlight the deteriorating state of the regime and the explosive state of Iranian society. These developments are a source of greater concern for Iran from the international community.

The mullah regime is facing crises from all directions, and Supreme Leader Ali Khamenei is especially afraid of the looming massive social uprisings. For this reason, he put an end to a three-decade game of false reform aimed at relieving pressure by the international community and instead appointed Raisi as the regime's president.

Raisi had played a direct role in the massacre of 30,000 political prisoners in 1988, and this legacy of brutality paves the way for further repression of the opposition in an attempt to thwart the uprisings that would topple the regime.

Mehdi Aslani, a survivor of the 1988 massacre of political prisoners, who twice appeared before the death squad, had witnessed Raisi's presence on the board. Raisi was present in that death squad and was a deputy of the prosecution groups in Tehran, which is undeniable.

“His voice is also present in an audio file issued by the death squad's response to Ayatollah Hossein Ali Montazeri, as he answers questions and answers as one of the officials,” Aslani said, referring to an audio file published in the summer of 2016 by the office of Ayatollah Montazeri, the deputy founder of the Islamic Republic. The audio file is of a debate between Montazeri and four people who later became known as the Death Squad: Ebrahim Raisi as deputy attorney general, Hossein Ali Nayeri as the religious ruler at the time, Morteza Eshraghi as Tehran's public prosecutor, and Mostafa Pourmohammadi as representative of the then-Ministry of Intelligence in Evin Prison.

On the possible ramifications of investigating Raisi’s role in the killings, Aslani said, “The President Raisi enjoys international political immunity. This does not mean that if we were abroad that we could arrest him. Such a thing is almost impossible.”

The unprecedented nationwide boycott of Friday's sham elections dealt the biggest political and social blow to Khamenei and his religious tyranny.

The official estimate of voter turnout was an exaggeration and multiplied by five times the actual number of votes cast. However, the regime was forced to announce that only 26% of eligible voters cast ballots in Tehran, where the largest number of invalid votes were also cast.

The PMOI’s social network and its resistance units took enormous risks and ignored grave threats in order to launch a two-month campaign to promote a boycott of the sham elections.

Members of these resistance units, along with other PMOI activists, will convey messages at the annual summit from Iran and renew their commitment to strengthening their activities, marching towards victory, and overthrowing the religious tyranny ruling Iran.