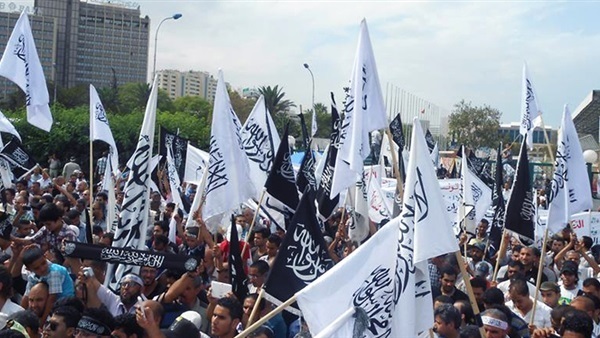 The fundamentalist Islamist organization, Hizb Ut-Tahrir, is still able to carry out its activities in Germany, despite the official ban of it.

This entity provides European Union countries with a vivid picture of the dangers of extremist groups that derive their ideology from the Muslim Brotherhood.

The organization does this by going around the ban slapped on it through the creation of new groups whose strings it pulls from behind the curtains.

The founder of Hizb Ut-Tahrir Taqi al-Din al-Nabhani (1911 - 1977) drew his ideas about Islam from the Brotherhood.

Hizb Ut-Tahrir derives its ideas from the Brotherhood, most notably the establishment of a religious state with a plurality of geography that does not recognize national borders.

This is the reason why Hizb Ut-Tahrir was banned in Germany.

The German Constitutional Protection Authority (internal Intelligence) says on its official website about banned groups that the decision to ban Hizb Ut-Tahrir, issued on January 10, 2003, is based on the party's rejection of the standards of international understanding and peaceful coexistence, as well as its tendency to violence.

Hizb Ut-Tahrir in Germany repeats the same mistakes of the Muslim Brotherhood, namely turning political differences into occasions for fighting.

The party organized a sit-in in Hamburg on May 28, an event that was described by many as a paramilitary parade.

Germany's Constitutional Protection Authority says the demonstration was led by an organization affiliated to the party.

The demonstrators wore black clothes and organized an orderly march described by some media as paramilitary.

This gives indications about the continued ability of Hizb Ut-Tahrir to mobilize, recruit and communicate with a large number of people, the authority said.