Brotherhood using the media to promote its ideology 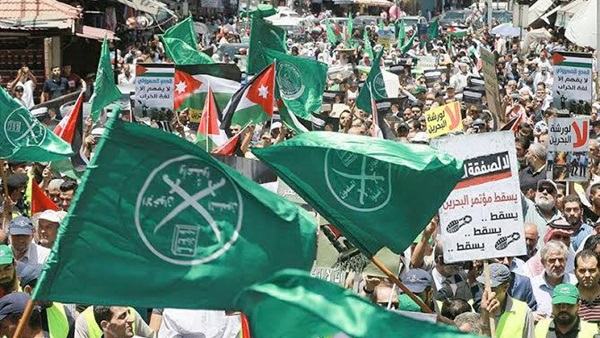 Since the outbreak of the events of January 25, the Brotherhood has not hesitated to exploit the media to achieve its goals.

This Islamist organization launched TV channels that can speak on its behalf.

These channels advocated the Brotherhood's views before the downfall of the group's regime in Egypt in June 2013.

The organization then relied heavily on hostile TV channels, such as the Qatari news channel al-Jazeera.

The organization and sponsor states also allocated huge amounts of money to launch TV channels that can broadcast from other countries.

Islamism specialist Ahmed Ban said the Brotherhood viewed the media as an important tool for the promotion of its agenda very early on.

Ban wrote an article in September 2019 on this issue. Titled "The Brotherhood's use of the media as a weapon to defend its ideas," the article talks about the role of the media in the life of the Muslim Brotherhood.

Ban says in the article that the Brotherhood had realized the importance of the media very early on in its life.

Ban notes that Muslim Brotherhood founder Hassan al-Banna was keen to establish a newspaper that would be the mouthpiece of the group and a tool for spreading his organization's ideology early on.

He enumerates the magazines and newspapers that the group intended to own.

"On June 15, 1933, the Brotherhood released the first issue of its weekly magazine, The Muslim Brotherhood," Ban says in his article.

He adds that the organization wanted to publish this magazine on a daily basis.

He notes that Sheikh Tantawi Gohari was the editor-in-chief of the magazine.