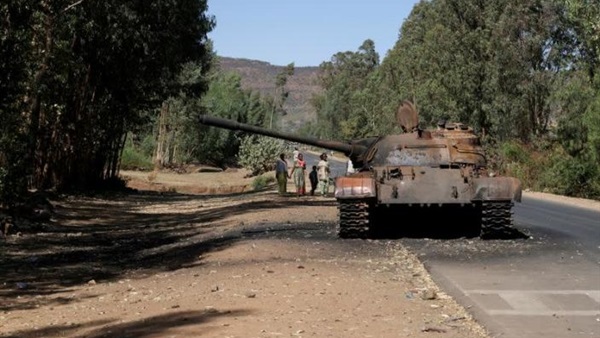 Ethiopia has announced an immediate ceasefire with rebel forces in the northern conflict region of Tigray, according to a government statement on Monday.

The central government accepted a ceasefire offer from the interim administration in the Tigray region, it said.

"[The ceasefire] will enable farmers to till their land, aid groups operate without any military movement around and engage with TPLF [Tigray People's Liberation Front] remnants who seek peace," the statement said.

The announcement came as a surprise to many observers.

According to unofficially confirmed reports on Twitter, representatives of the Ethiopian central government left Mekelle, the capital of Tigray, in a hurry.

TPLF rebels have reportedly already taken up positions in the city. Independent verification of the reports was not immediately possible.

In November, the government in Addis Ababa had started a military offensive against the TPLF, which until then had been in power in Tigray in northern Ethiopia.

There have been tensions between the TPLF and the central government for years.

In the meantime, other actors have become involved, including Eritrean troops and militias.

Hundreds of thousands of people in Tigray depend on humanitarian aid, but aid organizations have not had full access to all those in need for a long time because of the security situation and bureaucratic hurdles.