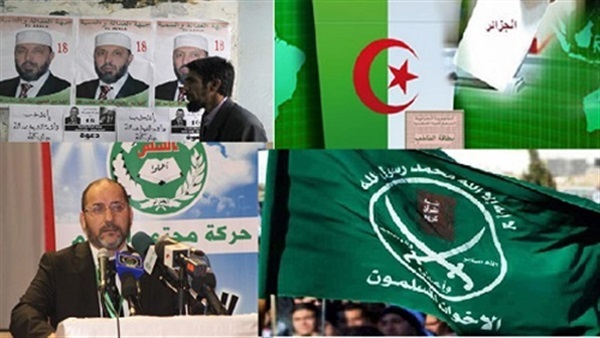 The leftist National Liberation Front managed to win the Algerian legislative elections, which is the first since the start of the social movement on February 22, 2019 after it announced its rejection of former President Abdelaziz Bouteflika's candidacy for a fifth presidential term, prompting him to resign after spending 20 years in power.

Algerian Prime Minister Abdelaziz Djerad submitted the resignation of his government to President Abdelmadjid Tebboune after the Constitutional Council announced the final results of the legislative elections that took place on June 12, in accordance with the provisions of the constitution, while the local authorities said the turnout in the elections was only 23%, which is the lowest in history.

The National Liberation Front (FLN) won 98 seats, and although it is the largest number of seats, it cannot form a majority government in parliament.

The FLN is a socialist political party and represented the political wing of the National Liberation Army (ALN) before Algeria’s independence from French colonialism.

In the results of the Algerian legislative elections, a group of independent lists came in second place with 84 seats, and they are lists that bet on their independence, away from any party affiliations, in gaining the confidence of voters. It seems that they managed to do so, beating the Movement of Society for Peace (MSP), which won 65 seats in third place, followed by the National Democratic Rally (RND) with 58 seats, the Future Front Party with 48 seats, and the National Construction Movement with 39 seats.

The Voice of the People party also won 3 seats, followed by the Justice and Development Front, Freedom and Justice Party, New Dawn and Good Governance Front each with two seats, while the New Algeria Front, Dignity Party, Algerian National Front and Jil Jadid have one seat each.

Six Islamist parties participated in the elections, including the Brotherhood-affiliated Movement of Society for Peace, the National Construction Movement that splintered from it, and four parties from the Islamic Renaissance movement founded by Abdallah Djaballah, namely the Justice and Development Front, the Ennahda Movement, the Movement for National Reform (Islah), and the New Algeria Front, which splintered from the Movement for National Reform.

Apart from the independents, MSP represents the strength of the Islamist trend, which aspires to reach power, but it is clear that it will bet on gaining weight in parliament after the winning party failed to gain a majority.

The Movement of Society for Peace is the most important Islamist party in the country and is led by Abderrazak Makri, who is close to the Brotherhood. The party participated continuously in the Algerian governments from 1996 to 2011.

The MSP aspired to win a majority that would enable it to form a government, and its leader said that he was ready to lead the next stage, but the results thwarted this wish.

These elections bring to mind the results of the 2019 presidential elections, in which the only Islamist candidate, Abdelkader Ben Qurainah, head of the National Construction Movement, came in second after Abdelmadjid Tebboune, with 17.37% of the vote.

What is the Movement of Society for Peace?

The Movement of Society for Peace (MSP) is one of the major parties in Algeria and its slogan is “Science, Justice and Action.” It was founded in 1990 by Mahfoudh Nahnah under the name of the Movement for the Islamic Society. It participated in all the political events that took place in Algeria. In the period from 2004 to 2012, it joined with the Democratic National Rally and the National Liberation Front to form a bloc called the Presidential Coalition, and recently a bloc with Ennahda and the Movement for National Reform in what was called the Green Algeria Alliance.

The Islamic Alliance consists of the National Construction Movement, Justice and Development Front, and Ennahda, but it has been subjected to a major crisis during the past two years due to fragmented voices, in addition to the current realization of the decline in the power of political Islamism in Algerian society.

As a result of the fragmentation, the Islamists in Algeria achieved half a victory and half a defeat, gaining seats but losing the government.

The gains come in the fact that the MSP was able to double its number of seats in the June 12 elections, after it won 64 seats compared to the 2017 elections, in which it won 34 seats in alliance with the Front for Change, and established its leadership over the entire Islamist movement.

Meanwhile, the movement, which is close to the Brotherhood, achieved gains compared to the other parties affiliated with the Islamist movement, as the Justice and Development Front only got two seats, and one seat for the New Algeria Front, while Ennahda and Islah were left empty-handed.

The results of the elections will fall on MSP’s shoulders as the future of political Islamist groups in Algeria. Either it will be able to reach a middle area between the secular and independent currents and gain political acceptance, or it will eliminate the rest of this movement once and for all.