Post-June 2013 bets: Will Biden save rest of the Brotherhood? 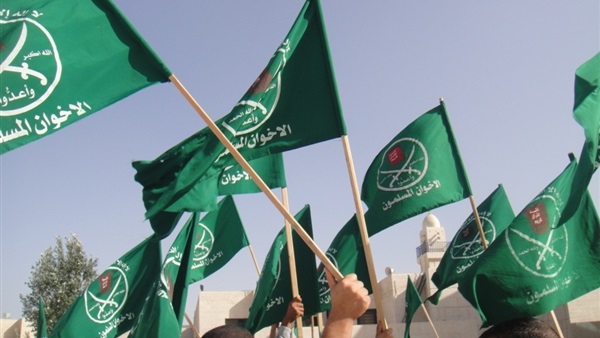 The terrorist Brotherhood bet on changing international conditions to regain its place with the election of US President Joe Biden to replace Donald Trump, whose intentions to designate the group as terrorist were long reported.

On the eighth anniversary of Egypt’s popular June 30, 2013 revolution, which toppled the Brotherhood from power and ended the regime headed by late ousted President Mohamed Morsi, the group is receiving a new blow with the collapse of allegations of support that it was waiting for from President Biden.

After months of unparalleled support for Biden, the Brotherhood is waiting for Washington to contribute to moving the wheel of dealing between the group, which has had its arms cut off in Egypt, and the Egyptian regime, which adheres to non-reconciliation with those who kill Egyptians.

The Brotherhood’s clear welcome of the new American president was a way for the organization to approach the Biden administration and consolidate relations that began to build since the beginning of his election campaign, not only out of love for Biden and his politics, but as a bet on a vision different from that of his predecessor Trump, such that the Islamic associations close to the Brotherhood helped push members of the US Muslim community to vote for Biden.

After Biden won the presidential election, the terrorist group first congratulated itself on obtaining “the features of an opportunity” not only for its followers abroad, but also to revive its project in the Arab region.

Did the Brotherhood get Biden's support?

In January 2021, the group said in a statement to acting Brotherhood General Guide Ibrahim Mounir after Biden won the presidency, “It is time to review the policies of supporting dictatorships and the crimes and abuses committed by authoritarian regimes around the world.”

Researchers point out that the Brotherhood’s bet on Biden’s support cannot be expected apart from the nature of the relationship between the US government during his reign and the regime in Egypt, especially at a time when the Egyptian government insists that the group’s violence is an act of terrorism and Cairo continues to pursue those involved.

While former President Trump was a staunch supporter of the regime of Egyptian President Abdel Fattah al-Sisi and did not object to the Brotherhood's designation of a terrorist group, Biden cannot be expected to tweet very far from the same region.

Fahmy believes that it is unlikely that the group will obtain any American support in its attempts to return to the forefront of the political scene in Egypt, and Washington’s assertions on the situation in Egypt could focus on improving human rights conditions and calling for partisan action on a larger scale, but it cannot include the Brotherhood's reintegration into society or power.

“The American administration has not stated or hinted at a new position on the political Islamist groups in the region. The Brotherhood is present in Tunisia and Morocco in leadership positions, positions of authority, and they are present in Egypt and are seeking to appear. I think that the Biden administration is dealing with the logic of realism in the region and is aware of the position of its allies, including Egypt,” Fahmy said.

Over the years, especially since the project in support of political Islamism in the Middle East that was adopted by former US President Barack Obama and the following bet on the Brotherhood at the time of the Arab Spring, the US government had to rethink. Experts point out that the shift in Trump’s position was not his personal view, but rather a shift in the direction of his country's foreign policy.

This analysis sheds light on discussions held by the Congressional Subcommittee on National Security in 2019 under the title “The Global Threat of the Muslim Brotherhood,” which included an analysis of the group’s inception, the political circumstances that accompanied its emergence, and the political and field roles that it has played during the past eight decades, in addition to its foreign organizational links, with the aim of identifying the total risks that the organization poses directly to American interests, as well as the threat it poses to the rest of the world.

Brotherhood is the reference for international terrorism

According to the Washington-based Hudson Institute, which is concerned with national security issues and the foreign policy of the United States, the Brotherhood is the first reference for other similar organizations, regardless of their names and the nature of their activities. Through its literature and ideas and the size of its presence in many Arab countries, the Brotherhood contributed to the emergence of many terrorist organizations, including al-Qaeda, so researchers demanded in congressional hearings to respond by classifying the Brotherhood as a terrorist organization and to take all legal and legislative measures against it.

The congressional hearings condemned the role of the Obama administration in opening up to the Brotherhood in light of the results that took place in Egypt between 2011 and 2013, as there were numerous meetings between American officials and members of the Brotherhood during that period, and the leaders of the group even attended the White House in April 2012 to meet with a number of officials and discuss the political and regional situations. The architect of these meetings was the American diplomat former Deputy Secretary of State William Burns after he left Cairo in August 2013 following group’s fall from power and the failure of mediation efforts to resolve the political crisis, of which he was one of the participants.