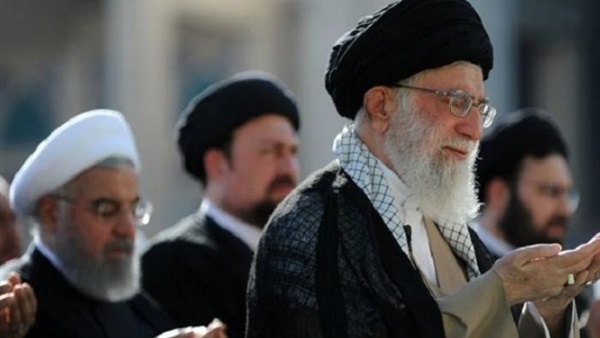 Iran’s ruling mullah regime not only kills and represses women and men, but also issues death sentences against children, which has been denounced by several international organizations demanding Iranian Supreme Leader Ali Khamenei to stop his violations against children, which violate international covenants and norms that disallow carrying out the death penalty for crimes committed by persons under 18 years of age.

On June 24, UN human rights experts announced their grave concern over the possibility that the Iranian authorities might execute Hossein Shahbazi, who was 17 years old at the time of his crime, especially after the date of Shahbazi’s execution was set in June 28.

The human rights experts stressed that the Iranian judiciary's execution of children and people under the age of 18 is a violation of international human rights law, and therefore they called on the ruling regime to refrain from implementing this sentence.

It is worth noting that the Iranian security forces arrested Shahbazi on December 30, 2018, on charges of murder, and he was sentenced to death on January 13, 2020. This sentence was approved by the Iranian Supreme Court on June 16, 2020.

For its part, Amnesty International warned the Iranian regime against executing Shahbazi, explaining in a statement on its Twitter page, “Part of the reason for his conviction includes confessions obtained in detention through torture and other cruel and inhuman treatment,” stressing that the execution of Shahbazi would be a heinous attack on children's rights and a mockery of justice.

It should be noted that this is not the first time that the Iranian judiciary has issued sentences for the execution of children. In 2020, three people were executed who were under the age of 18 at the time of the crime. Iran is classified as one of the last countries in the world that continues to implement the death penalty for crimes committed by persons under 18 years of age, which is a violation of its international commitment to children's rights.

In addition to the above, Amnesty International had previously issued a warning to the Iranian regime that it has executed at least 90 children convicted of crimes in Iranian prisons, including at least six people under the age of 18 who were executed in 2019.

First in the world

As a result, Iran is classified as “the first in the world” to implement death sentences against children, which shows the ugliness of the mullah, especially as it issues orders to execute children after extracting forced confessions from them for crimes they did not commit, an approach followed by the mullah judiciary.

It is expected that death sentences will increase in Iran after hardliner candidate and Iranian Chief Justice Ebrahim Raisi won the Iranian presidential election held on June 18, especially since Raisi is known as the “death judge” and the “man of executions” for signing off on many executions that took place while he held various judicial duties in Iran, in addition to being one of Khamenei’s closest and most prominent associates and supporters of his extremist Shiite ideology.