WHO Warns of 'Catastrophe' if Syrian Cross-border Aid Not Renewed 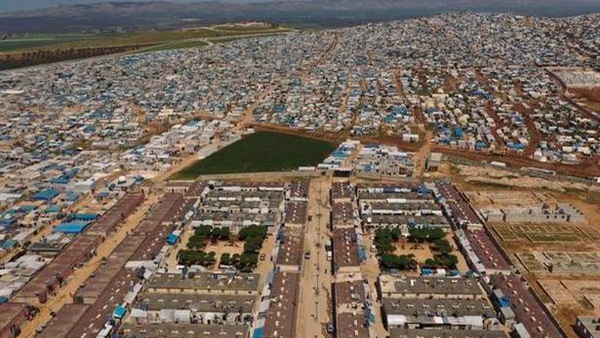 Failure to renew a cross-border aid operation into Syria before it expires next month could trigger a new "humanitarian catastrophe" in opposition-held areas in the northwest, the World Health Organization said on Friday.

Millions of people depend on the aid currently funneled from Turkey straight into northwest Syria in an arrangement authorized by the UN Security Council.

The WHO made its statement ahead of what is expected to be showdown next month between Western members of the Security Council who support renewing the crossing, and Russia which has blocked other cross-border operations before.

Moscow, which has veto power on the Security Council and has backed President Bashar al-Assad's fight against the opposition, has argued that aid can be delivered to northern Syria from the capital Damascus.

"A large-scale UN cross-border response for an additional 12 months remains essential to save lives," Reuters quoted WHO spokesman Christian Lindmeier as telling journalists in Geneva.

Around 1,000 trucks use the Bab al-Hawa crossing every month to deliver aid and medicines, including COVID-19 vaccines, to some 2.4 million people hemmed in along the Turkish border, according to UN agencies.

"Cessation of these supplies can only lead to increases of illnesses and deaths," Lindmeier said.

He said UN efforts to create a supply route from Damascus had not been successful and no such convoys had got through in the past 11 months.

A resolution needs nine votes in favor and no veto from any of the five permanent members Russia, China, the United States, France and Britain. In the past decade, the council has been divided on Syria - Russia has vetoed several resolutions related to Syria, often backed by China.