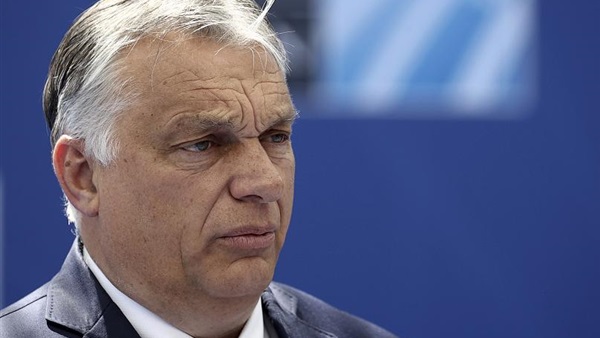 Hungarian Prime Minister Viktor Orban was welcomed at a Brussels summit on Thursday with a barrage of criticism from EU partners over a freshly passed law that restricts young people's access to portrayals of LGBT issues.

The bill, signed into law by the Hungarian president late Wednesday, restricts children's and young people's access to books, films and other forms of content showing anything other than heterosexuality or birth-assigned gender identities.

Belgium Prime Minister Alexander De Croo slammed the bill as "backward," while his counterpart from Luxembourg, Xavier Bettel, said that anyone who thought people turned gay after reading a book or watching a film "simply don't understand life."

Orban roundly rejected allegations of discrimination against the lesbian, gay, transgender, bisexual community on Thursday, saying the law was "not about homosexuals."

It simply ensures that parents have exclusive control over how they wish to educate their children about sex, he said.

"In the communist regime, homosexuality was punished and I fought for their freedom and their rights," the conservative politician said on his way into a summit. "I am defending the rights of the homosexual guys."

Hungary joined the European Union in 2004. Orban first served as prime minister in 1998, and has continually held the post since 2010.

His right-wing nationalist government has used homophobic rhetoric and restricted the rights of LGBT people in the past.

Last year, for example, a law banned citizens who have undergone gender reassignment surgery from registering their new gender in official documents.

The 27 leaders are set to debate LGBT issues on Thursday, but more than half already made their feelings clear in a letter slamming the new Hungarian initiative as discriminatory and against core EU values.

French President Emmanuel Macron said the discussions would be "frank and firm" and that he expected the EU insitutions to take the "expected" steps.

The European Commission has threatened Budapest with legal action. Hungary could ultimately be hauled up to the bloc's top court and eventually handed a hefty fine under a procedure known as infringement proceedings.

Critics in Hungary see the reforms as part of a push to introduce homophobic censorship along Russian lines.

The provisions are part of a law that tightening punishments for sexual violence against children and teenagers.

But the new law puts a stop, for example, to educational programmes in schools raising awareness of respectful treatment of LGBTIQ people.

Furthermore, any kind of advertising in which homosexuals or transgender people are shown as part of normal life is to be banned.

The bill aims to protect children's "right to their gender identity conceived at birth."

According to Human Rights Watch, the changes could have sweeping consequences for healthcare providers, educators, and artists.