In Times of Crises, Lebanon's Old Must Fend for Themselves 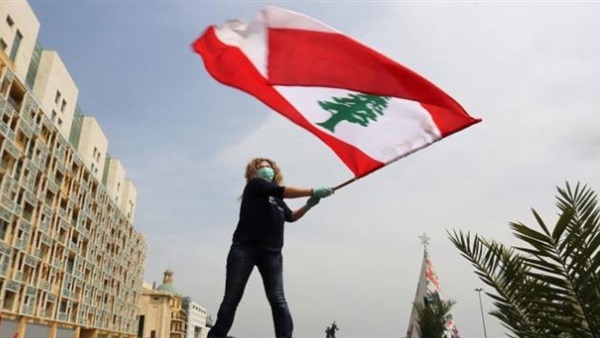 Tiny and bowed by age, Marie Orfali makes the trip five times a week from her Beirut apartment to the local church, a charity and a nearby soup kitchen to fetch a cooked meal for her and her 84-year-old husband, Raymond.

Their only support — Raymond’s $15,000 one-time end-of-service payment from when he retired more than 20 years ago — long ago ran dry.

They have since depended on charity to cover almost everything: rent, cleaning supplies, pain killers and food for their white dog Snoopy. But charity covers less and less as Lebanon’s currency collapses. The cash they get from a benefactor and the church every month, once amounting to $400, is now barely worth $40.

The 76-year-old Marie broke down in tears when asked how she’s doing. “I've become scared, I've become jittery," she said. “I sit and cry and think, I want money. I want to get stuff for the house.”

With virtually no national welfare system, Lebanon’s elderly are left to fend for themselves amid their country’s economic turmoil. In their prime years, they survived 15 years of civil war that started in 1975 and bouts of instability. Now, in their old age, many have been thrown into poverty by one of the world’s worst financial crises in the past 150 years.

Lebanon has the greatest number of elderly in the Middle East — 10% of the population of 6 million is over 65. Around 80% of the population above the age of 65 have no retirement benefits or health care coverage, according to the UN’s International Labor Organization.

Family members and charities, traditionally the prime source of support, are struggling with increasing needs as unemployment rises.

Any dollar savings the elderly had from a lifetime of work are locked up in banks, inaccessible in the banking crisis. The savings lost nearly 90% of their value as the local currency collapsed against the dollar. Imported medicine and basic goods are in jeopardy, and a once reliable health care system is crumbling.

“I don’t have money to buy clothes or shoes,” Marie told The Associated Press, whispering. She didn’t want Raymond to hear her complain. He recently went through a COVID-19 infection and brain surgery and gets agitated, and it’s only worsened by lockdowns and the financial crisis.

Raymond worked for 26 years as an orderly at one of Beirut’s hospitals, and Marie as a custodian at a university.

Over the past two years, more elderly have taken to the streets, searching through trash or begging, said Joe Taoutel, who runs Rafiq el-Darb, or Friends until the End, the charity where Marie gets some of the meals each week.

Taoutel delivers home meals to more than 60 elderly families, up from five before the crisis.

Lebanon is one of only 16 countries in the world with no pension scheme for private sector workers in case of old age, disability and death, according to the ILO. The national social security program covers only 30% of the labor force, mainly giving one-time payments at retirement, and is dangerously underfunded.

As the economy falters, more young Lebanese are migrating, leaving behind aging parents.

The UN estimates that by 2030, those above 65 may make up more than 15% of Lebanon’s population, a trend that could be accelerated with the brain drain and a deteriorating health care system.

“The elderly and those with disabilities are remaining. If society is not aware of this problem, I think we're heading toward more crises,” said Mustafa Helweh, head of Social Services Medical Association, a rehabilitation hospital and nursing home in Tripoli, northern Lebanon.

Back in the Orfalis apartment, Raymond said he can’t afford to hire help. He can barely afford his pain killers.

His equally aging wife is his only caregiver. She changes his diapers and responds to his bell rings in the middle of the night from the room next door.

“She is suffering with me. I don’t want her to suffer,” he said, weeping. “I have nothing. Just God. May He take me back and relieve me."