Philippines’ Duterte threatens to arrest anyone refusing to get vaccinated 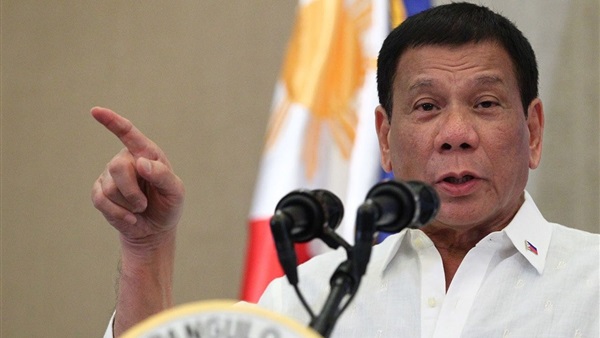 Philippine President Rodrigo Duterte has threatened to arrest anyone who refuses to be vaccinated against the coronavirus, as the country grapples with both vaccine hesitancy and a lack of supplies.

“I will order their arrest,” Duterte said late Monday. “To protect the people, I have to sequester you in jail. Now choose — get vaccinated, or I’ll lock you up in a cell.”

“If you don’t want to be vaccinated, I’ll have you arrested and have the vaccine shot into your [buttocks],” he said, using a vulgar term.

He also expressed impatience with any kind of anti-vaccine sentiment, suggesting that if people felt that way, they should leave.

“If you don’t get vaccinated, leave the Philippines. Go to India if you want, or somewhere, America,” he added.

Justice Secretary Menardo Guevarra clarified Tuesday that refusing vaccination was not against the law.

“I believe that the president merely used strong words to drive home the need for us to get vaccinated and reach herd immunity as soon as possible,” he said. “As a lawyer, he knows that not getting vaccinated is a legal choice.”

A change in the law could be on its way, however. Presidential spokesman Harry Roque said Tuesday that the Philippine Congress could pass a law to compel vaccinations.

“We need an ordinance or a law that will impose a penalty on those who don’t want to get vaccinated,” he said, according to the Rappler news site. “It’s easy to request that from Congress, because Congress knows the importance of vaccination.”

He added that such a policy was also covered by the police powers of the state. “If we talk about police powers, some rights are really breached — but they’re breached for broader interests, and in this case, it’s public health and safety.”

Since the pandemic, Duterte, a tough-talking populist who is most known for a bloody war on drugs that has left thousands dead, has largely responded to the health crisis with an iron first — ordering the arrest of quarantine violators and people who aren’t wearing masks properly. His pandemic task force is mostly composed of former army generals. Critics have slammed both the human rights abuses and the lack of scientific evidence behind his pandemic policies.

The president has not inspired much confidence in the government’s vaccine program, his critics also say, as he publicly backed security personnel who took smuggled vaccines. Duterte insisted on being vaccinated with Sinopharm, a Chinese vaccine that at the time was not locally approved for emergency use.

Around 6 in 10 Filipinos would not get vaccinated despite high worries of contracting covid-19, Pulse Asia Research found in a survey conducted earlier this year.

Vaccine skepticism surged in the Philippines after a 2017 controversy involving the dengue vaccine Dengvaxia, which was administered to thousands of students in a mass immunization program. After pharmaceutical company Sanofi Pasteur announced the vaccine could lead to severe cases of dengue among those who had not caught the disease before, the Public Attorney’s Office prematurely claimed the vaccine was linked to some children’s deaths.

Just as big an obstacle, however, is the lack of vaccine supply. In the capital Manila, lines formed before sunrise, and many hopefuls had to wait up to eight hours for a shot.

The Philippines has experienced one of the worst coronavirus outbreaks in Southeast Asia in the past year, with 1.3 million recorded cases and over 23,000 deaths.