Al-Azhar and Dar al-Iftaa: Barriers against the Brotherhood’s terroris 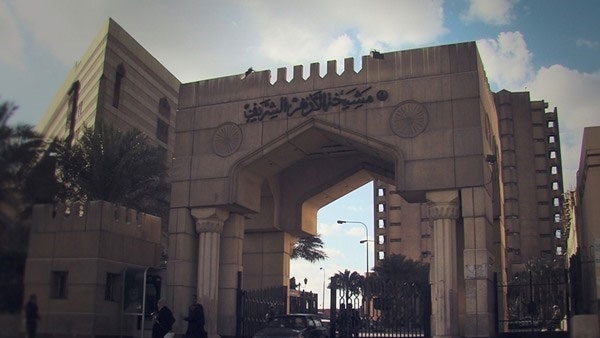 Egypt’s Islamic religious institutions, represented by Al-Azhar Al-Sharif and Dar al-Iftaa, confronted the Brotherhood’s violence after the terrorist group’s rule was overthrown in the June 30, 2013 revolution, publicly revealing the truth about the organization and its role in provoking sedition.

Al-Azhar Al-Sharif was and still is a barrier in the face of the terrorist group and its destructive ideas. Through the Al-Azhar International Center for Electronic Fatwas, it issued a fatwa that joining this group and other terrorist groups is forbidden by Sharia, stressing that the evidence contained in the Holy Quran and the Prophetic hadiths confirm this, because God Almighty commanded Muslims to unite upon one word and forbade division and disagreement.

The Al-Azhar International Center for Electronic Fatwas confirmed that the Brotherhood organization distorted religious texts and took them out of context, using them to achieve personal goals and corruption on earth. But God commanded His servants to follow His straight path and to stay away from any path that distracts people from the truth. In the Quran, God says, {Indeed, this is My straight path, so follow it, and do not follow other paths, for they will separate you from His path. That is what He has enjoined upon you, so that you may become righteous} [Surah al-An'am: 153].

After the June 30, 2013 revolution, Egypt’s Dar al-Iftaa made many revealing statements about the Brotherhood’s ideology, as it confirmed in early 2016 that the group seeks to distort the image of religious institutions rejecting its extremist ideas, as well as its desire to use religion as a tool to reach power, especially within Al-Azhar Al-Sharif.

It pointed out that the terrorist group harnesses all its capabilities and cadres at home and abroad, in addition to its media trumpets, in order to distort Egyptian symbols and institutions with a long history and formidable role, which is appreciated and respected by all groups of the Egyptian people.

Dar al-Iftaa's Observatory of Takfirist Fatwas and Extremist Opinions explained that the Brotherhood’s media trumpets, which utilize several languages, launched an organized campaign to distort and undermine the symbols of the Egyptian state and its institutions by publishing several reports and news bearing rumors and lies promoted by the group in regional and international forums, noting that the Brotherhood has published several reports talking about the hostility of religious institutions to the revolution and revolutionaries and issuing religious fatwas and statements that are hostile to the revolution, ignoring that these institutions supported the sweeping popular will that revolted against injustice and the rule of a religious group that tried to reproduce a dictatorship in religious garb.

At the end of 2020, the Observatory returned to stressing the failure of the Brotherhood and its sister terrorist groups to spread chaos and confusion in society and disrupt the development and state-building movement. It pointed out that the Brotherhood and its sleeper cells seek to undermine the Egyptian state's ability to develop, build, reconstruct and complete many development projects, and to disrupt the state's path and its political leadership towards building a strong state that occupies its proper position among nations and peoples.

The Observatory explained that the terrorist Brotherhood seeks to spread poison and incite malicious calls to spread chaos and confusion in the country as part of its plans to implement foreign agendas and conspiracies, but the political leadership bet on the awareness and sensibility of the people regarding these conspiracies and malicious schemes that are only intended to spread ruin and destruction in the country.