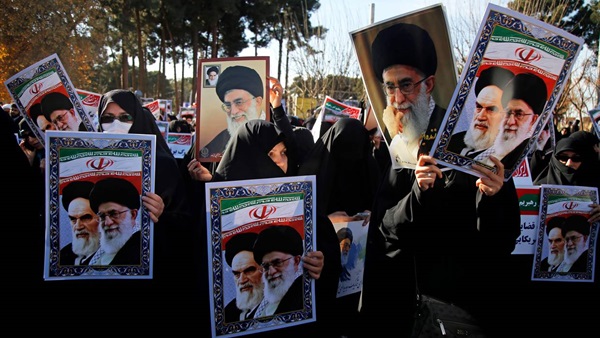 In February 2013, then-Iranian president, Mahmoud Ahmadinejad, expressed his country's desire to strengthen its ties with Egypt.

"Enhancing relations with Egypt is a national decision in Iran," Ahmadinejad said then.

Ahmadinejad made these remarks during his visit to Cairo, when the Arab country was ruled by the Muslim Brotherhood regime.

This was a time also when several Muslim Brotherhood leaders and officials made secret visits to Iran.

Ahmadinejad's visit to Egypt was the first by an Iranian head of state in about 34 years.

Relations between Iran and Egypt took a turn to the worse, following the 1979 Islamic Revolution in Iran.

The deterioration morphed into a severing of diplomatic ties between the two countries.

Ahmadinejad tried to convince the Iranian supreme leader, during his last years in office, to approve the normalization of relations with Egypt, considering this to be a potential major achievement for his presidency.

The then-Iranian president also expected the improvement of relations with Egypt to be a painful blow to the West which wanted to isolate Iran, especially from other Islamic states.

Nevertheless, the Brotherhood regime in Egypt tried to curry favors with the Persians at the expense of national interests.

This was clearly manifest in the warm welcome they extended the former Iranian president at Cairo International Airport.

Al-Azhar, the most important seat of Sunni Islamic learning, took a strict stance on that visit.

Grand Imam of al-Azhar, Sheikh Ahmed al-Tayyeb, called in a statement on Iran not to interfere in the internal affairs of states.

He expressed rejection of Shiite expansion in predominantly Sunni states.