Bin Laden of Yemen: Abdo al-Mekhlafi, Brotherhood's guide in Taiz and killer of its people 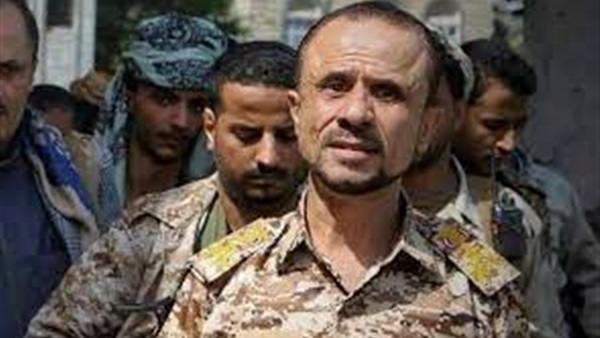 In late May 2021 and until now, demonstrations have escalated in Taiz governorate, which is under the control of the Brotherhood militia, due to the high rates of corruption, hunger and poverty caused by the looting by the leaders of the Brotherhood’s Islah Party in Yemen, led by its guide known as Salem, which prompted the demonstrators to demand the dismissal of the corrupt Brotherhood leaders, including Salem, for causing the deterioration of conditions in the Yemeni governorate, just as the Houthis do with civilians in the governorates under its control.

His real name is Abdo Farhan Salem al-Mekhlafi, born in the Al-Mekhlaf area, Sharaab al-Salam District, Taiz, and he is known as Salem. This nickname was given to him by late al-Qaeda leader Osama bin Laden due to the strength of his relationship with Bin Laden and his participation in the war in Afghanistan. He was initially an advisor to the leader of the Taiz axis, and is currently one of the most important Brotherhood figures in Yemen, represented in the Islah Party in Taiz.

Because Salem is the secret military ruler of Taiz, he tightens his grip on the military and security institutions there, in addition to seizing all means of military and material support. In past years, he stole some of the weapons provided to the Yemeni National Army and stored them in the Brotherhood’s warehouses. He has also received support from Iran, which in turn provides support to the Houthi militia, seeking to control Yemen and confront the Yemeni National Army and the Arab coalition forces.

Salem contributed to the establishment of a branch of ISIS in Taiz, as his son Azzam Farhan was leading the al-Sa’alik Brigade. Therefore, the Committee of Experts on Yemen in the UN Security Council classified Salem’s son as the founder of ISIS in Taiz.

Salem controls several brigades that operate outside the framework of the Yemeni National Army, such as the 145th Axis Brigade, the al-Sa’alik Brigade, and others, along with the Popular Mobilization militias affiliated with the Islah Party, whose priority is working against the Brotherhood’s opponents in Taiz.

Recruitment and suppression of civilians

Salem recruits citizens and forces them to join terrorist organizations such as al-Qaeda and ISIS and gives them promises that he will finance them, taking advantage of the poor living and economic conditions and the high rates of poverty they suffer from, according to Yemeni media.

The Brotherhood guide directed his terrorist elements and militias to commit the most heinous crimes against civilians in Yemen, including bombing and burning their homes, displacing them, stealing their money, killing their children, and eliminating the Salafists for their opposition to his policies, expelling them outside Taiz, in addition to the inauguration of about 18 secret prisons, the high rate of assassinations in Taiz on his orders, his concealment of a large number of his opponents, the most horrific methods of torture against them, and the burial of a large number of them in secret cemeteries, according to reports by human rights and international organizations.

Some human rights organizations in Yemen have concluded that Salem appointed a Brotherhood leader named Diaa al-Haq al-Ahdal as the supervisor of the secret prisons in Taiz, and he is responsible for the file of the exchange of abductees with the Houthi militia, in addition to being the supreme commissioner to conclude deals and agreements with the Houthis.