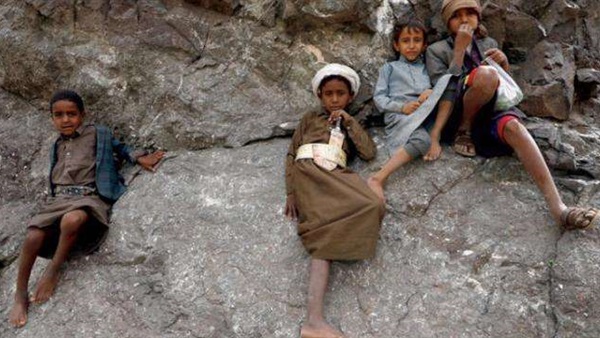 The Houthis military escalation exacerbates humanitarian needs in al-Jawf, depriving half of its population of humanitarian assistance, and limiting the ability of relief actors to respond to the needs of the internally displaced persons (IDPs).

The ongoing conflict along the Jawf-Marib border continues to limit humanitarian access to vulnerable communities in the two governorates.

According to Fact Sheet No. 4 for the FY 2021 issued by the US Agency for International Development (USAID), the remote locations of some IDP settlements compound humanitarian access constraints.

As of early May, the UN was able to access only half of the 12 affected districts in Jawf through local partners, as there are approximately 125,000 IDPs from Hajjah, al-Hodeidah, Marib, and Saada governorates,

The report showed that UN agencies and NGO partners reached several conflict-affected populations, and the UNHCR provided multipurpose cash assistance to more than 90,000 displaced people and relief commodities to nearly 2,400 displaced households in the governorate from early 2020 to February 2021.

Many displaced households across Jawf are in urgent need of food assistance, relief commodities, and shelter, according to a non-governmental organization needs assessment surveying more than 4,600 households between January and March 2021.

“In addition, nearly 85 percent did not have access to safe drinking water and sanitation services, while 45 percent lacked access to food assistance and were reliant on food from neighbors.”

Similarly, the report addressed the Houthi escalation in Marib, indicating that between January and April 74 civilian casualties were reported, which represents more than half of the 119 total civilian casualties reported in the governorate in all of 2020

Hostilities during the period directly impacted seven IPDs sites in Sirwah, which resulted in the secondary displacement of nearly 14,000 internally displaced persons to date in 2021.

Many IDPs have relocated to other IDP sites within Sirwah, resulting in severe overcrowding, strain on facilities and already-limited resources, and increased risk of fires and communicable diseases, according to the report.

It warned that the ongoing conflict has damaged or destroyed public infrastructure, interrupted essential services, and reduced commercial imports to a fraction of the levels required to sustain the Yemeni population, as Yemen typically imports much of its food supply.

“The conflict displaced more than 4 million people, an estimated 1.3 millions of whom have since returned to their areas of origin.”