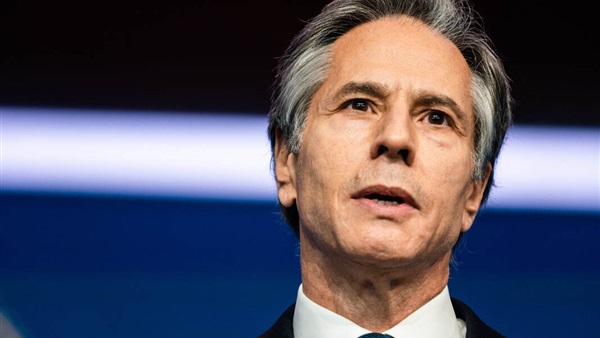 Political sources in Tel Aviv said that US Secretary of State Antony Blinken and his Israeli counterpart, Yair Lapid, had a phone conversation on Thursday evening - the second within a week - during which they emphasized “the need to improve Israeli-Palestinian relations in practical ways.”

The sources said that the conversation carried a special importance ahead of a visit by Israeli Army Chief of Staff Aviv Kohavi to Washington on Sunday. Blinken also invited Lapid to visit the US soon.

Washington is taking several steps to build close ties with Tel Aviv, the sources underlined, putting an end to the thorny relations that prevailed during the tenure of former Prime Minister Benjamin Netanyahu.

On Friday, the Israeli Ministry of Foreign Affairs circulated a statement, saying that the call between Lapid and Blinken dealt with relations between Israel and the Palestinian Authority, the expansion of normalization agreements with Israel by Arab countries and the Iranian file.

The US State Department, for its part, issued a statement saying that the two officials discussed “the opportunities and ongoing challenges for Israel and the region.”

“The Secretary discussed the US commitment to Israel’s security, the importance of the US-Israel bilateral relationship, and the need to improve Israeli-Palestinian relations in practical ways. They also shared opinions on opportunities to deepen normalization efforts as well as on regional security issues, including Iran,” the statement added.

Blinken and Lapid underlined “the strong partnership between the United States and Israel, and America’s unwavering support for Israel’s security,” the State Department concluded.

Separately, the Israeli army spokesman said Kohavi will travel to Washington on Sunday to meet with Chairman of the Joint Chiefs of Staff Gen. Mark Milley.

The visit, which was scheduled for last April, was postponed due to the tension that later developed into a military operation on Gaza last month.

An army statement said that Kohavi will also meet with Secretary of Defense Lloyd Austin and National Security Adviser Jake Sullivan, as well as other officials in the Department of Defense and the US Army.

According to sources in Tel Aviv, Prime Minister Naftali Bennett met with Kohavi and agreed with him on the agenda of the visit. They added that among the topics that would be discussed are the Iranian nuclear program, the Iranian military presence in Syria, Hezbollah, and the Israeli military operations during the recent aggression on Gaza.