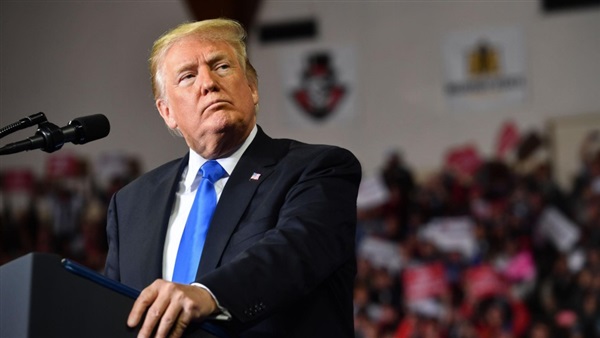 President Donald Trump’s staff began sending emails to Jeffrey Rosen, the No. 2 official at the Justice Department, asking him to embrace Trump’s claims of voter fraud in the 2020 election at least 10 days before Rosen assumed the role of acting attorney general, according to new emails disclosed Tuesday by the House Committee on Oversight and Reform.

On the same day the electoral college met to certify the election results — which was also the day Trump announced that William P. Barr would be stepping down as attorney general — the president’s assistant sent Rosen an email with a list of complaints concerning the way the election had been carried out in Antrim County, Mich.

The file included a “forensic analysis” of the Dominion Voting Systems machines the county employed, alleging they were “intentionally and purposefully” calibrated to create fraudulent results. It also included “talking points” that could be used to counter any arguments “against us.”

“It’s indicative of what the machines can and did do to move votes,” the document Trump sent to Rosen reads. “We believe it has happened everywhere.”

The claims were false, based on a report compiled by Allied Security Operations Group, a company led by a Republican businessman who pushed baseless allegations that the 2020 election was stolen.

The email — one of several previously undisclosed records released by the Oversight Committee — sheds light on the type of pressure Trump put on the Justice Department to take up his crusade against Joe Biden’s 2020 victory.

The documents show how the president’s allies contacted multiple Justice officials as part of a campaign to reverse the outcome of the race, and how Trump sought to influence Rosen even before he stepped into the top role at the Justice Department. Once in that post, he contended with repeated attempts by the White House to use the department’s power to challenge the election results — efforts he resisted — before the Jan. 6 riot at the Capitol.

The email about Antrim County was sent by the White House to Rosen shortly before 5 p.m. on Dec. 14. Two minutes later, a Justice Department official forwarded the materials to the U.S. attorneys for the Eastern and Western districts of Michigan, according to the documents released by the House Oversight Committee.

Trump and his allies were focused on Antrim County because of an error not long after polls closed caused the county to briefly report that Biden was leading Trump in the heavily Republican area. Election officials quickly established that the issue was caused by human error, saying a clerk’s failure to update software just before the election was responsible for the incorrect tally, which was rapidly updated to reflect Trump’s victory. Still, a local resident filed suit, and a judge in early December ordered that Allied Security Operations Group be given access to the county’s voting machines to analyze on the resident’s behalf.

ASOG, based in Texas, produced a report that asserted a vast conspiracy to rig the election. But an expert analysis of the report conducted on behalf of Michigan’s attorney general and secretary of state — as well as multiple reviews by other experts in recent months — found ASOG’s work was riddled with inaccuracies. A subsequent hand recount of Antrim County’s ballots confirmed the county’s voting machines had tabulated results correctly.

The campaign to have Rosen take up Trump’s cause swiftly accelerated once he was appointed acting attorney general, according to the emails the committee disclosed. On Dec. 30, Mark Meadows, then White House chief of staff, forwarded Rosen a petition from attorney Cleta Mitchell alleging voter fraud in Georgia, asking him point-blank: “Can you have your team look into these allegations of wrongdoing. Only the alleged fraudulent activity.”

Mitchell, who also participated in a call in which Trump pressured Georgia Secretary of State Brad Raffensperger to “find 11,780 votes” to help Trump win, later resigned from her law firm after it said it was concerned she played a role in the conversation.

On Jan. 1, Meadows forwarded Rosen a YouTube link with a subject line suggesting it was a video in which a retired CIA station chief argued that the 2020 election totals were altered by the Italians. Rosen appeared to forward the email to his acting deputy, Richard Donoghue, who responded simply: “Pure insanity.”

Nonetheless, the pressure campaign from Trump’s White House staff continued unabated, as aides sent Rosen purported evidence of fraud in states from New Mexico to Pennsylvania during the week between Christmas and New Year’s, and in the earliest days of 2021.

The emails also show that at the same time, Justice Department officials were continually strategizing how to resist or at least work around the “antics” coming from the Oval Office, as one official put it in an email.

During that period, Trump contemplated firing Rosen and replacing him with a more sympathetic deputy, Jeffrey Clark, who had been pushing the department to allege publicly there had been fraud in Georgia and that the state lawmakers should replace the electors. Trump was ultimately persuaded not to proceed by Rosen and other Justice Department officials and White House lawyers at a high-stakes meeting on Jan. 3.

Before the meeting, top Justice Department officials had agreed to resign en masse if Trump carried out the plan. That night, an official in the deputy attorney general’s office emailed colleagues that “Rosen and the cause of justice won,” according to the emails released Tuesday.

The episode appears to be connected to the departure of one Justice Department official. The president wanted to fire the U.S. attorney in Atlanta, Byung J. “BJay” Pak, because Trump believed he had not been aggressive enough on voter fraud, according to people familiar with the matter, who spoke on the condition of anonymity to describe the discussions.

The emails show Donoghue asked to have a call with Pak that night. The next morning, Pak told his staff he was stepping down.

“You are a class act, my friend,” Donoghue wrote to Pak after his resignation letter went out. “Thank you.”

The emails also show that a White House official and a lawyer, who both claimed to be acting on directions from Trump, sought at the end of December to get Justice Department officials to explore filing a Supreme Court challenge to the election results in six states.

On Dec. 29, Molly Michael, an assistant to Trump, emailed Rosen, Donoghue and then-acting solicitor general Jeffrey B. Wall a draft of a Supreme Court brief seeking to make the challenge.

“The President asked me to send the attached draft document for your review,” Michael wrote, adding that she had also shared the document with Trump’s chief of staff and the White House counsel.

That month, the Supreme Court had thrown out an effort by the state of Texas to sue Georgia, Michigan, Pennsylvania and Wisconsin over how they conducted their elections, asserting that Texas had not shown a legal interest “in the manner in which another state conducts its elections.” The brief would have essentially had the U.S. government take Texas’s place, and also challenge elections in Arizona and Nevada.

That same day, the emails show, a lawyer named Kurt Olsen, who had represented Texas, separately wrote to Wall about the matter, saying the president had “directed me to meet with AG Rosen today to discuss a similar action to be brought by the United States.” Olsen wrote that he had called and texted the attorney general multiple times but had not been able to reach him.

“This is an urgent matter,” Olsen wrote.

The emails suggest that John Moran, Rosen’s chief of staff, soon got in touch with Olsen, and Olsen shared with him a draft complaint.

“As I said on our call, the President of the United States has seen this complaint, and he directed me last night to brief AG Rosen in person today to discuss bringing this action,” Olsen wrote. “I have been instructed to report back to the President this afternoon after this meeting.”

An email from Moran indicates Olsen said he was driving to D.C. from Maryland in hopes of meeting with Rosen. A person familiar with the matter, who spoke on the condition of anonymity to describe the interactions, said an in-person meeting never happened, but Olsen somehow got Rosen’s private cellphone number, and Rosen picked up after he got a call from an unknown number. The person said Rosen gave Olsen a polite “brushoff.”

Later that evening, Olsen emailed to Moran a past Supreme Court case that he said Rosen had asked him for, and he reached out again to Moran the following day to ask him to give Rosen another document.

Olsen asserted in an email to The Washington Post on Tuesday that he and Rosen had “cordial back and forth phone call exchanges,” in part about whether the U.S. government had legal standing to pursue his complaint.

“The emails released today regarding my communications with Messrs. Rosen and Moran and what the President asked me to do speak for themselves,” he said, adding later, “With respect to the DoJ’s decision to not pursue the case, you would need to speak to them.”