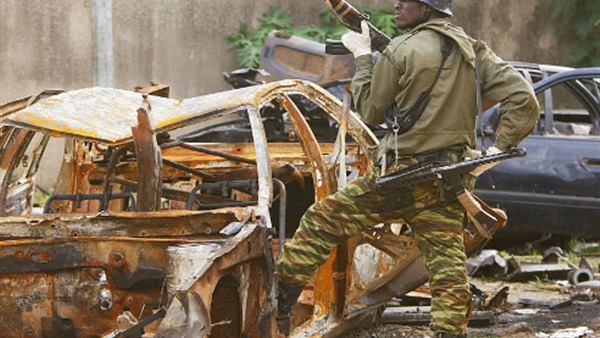 France plays an important role in the fight against terrorism in the Ivory Coast, in its bid to reduce violence and tension in the West African region.

The region suffers from high waves of terrorism, most notably by al-Qaeda and ISIS.

This terrorism also undermines economic and social stability and threatens foreign investments in the region.

The academy will officially begin its missions in helping maintain security in the country.

Located in the country's old capital, Abidjan, the academy contains a center for the training of special combat troops, a government school and a research institute.

International powers count on the academy to participate positively in countering extremism generated by Islamist groups.

They also hope that it will contribute to undermining the expansion of extremist influence in the Gulf of Guinea.

Minister Le Drian said France wants to end the presence of terrorist groups in the region.

We look forward to preventing them from spreading their influence in the various areas close to their concentration points, the French foreign miister said.

He stressed the need for regional cooperation in the military, judicial and security fields to combat the expansion of terrorists.

France and the fight against terrorism

France has been concerned with fighting terrorism in West Africa for many years now. It has a military force of more than 5,000 troops in the Sahel region.

The website of the French Ministry of Foreign Affairs refers to thriving economic relations between France and the Ivory Coast.

It says the Ivory Coast is among the first 47 countries in terms of importance to French foreign trade.

It added that the African country tops the list of international partners.