Neighborhoods heads in Yemen…the Houthis spies in the war 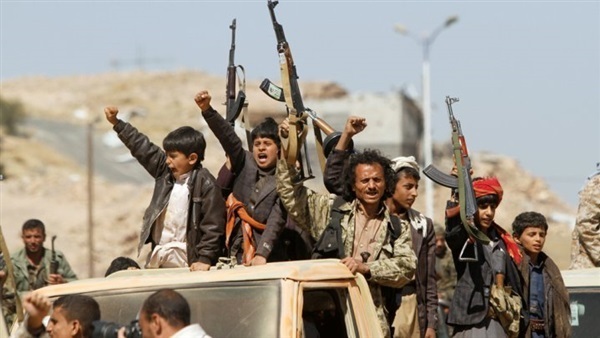 Each neighborhood has a headman, “aqil”, the same name that may be given to some village leaders - who is in charge of all the affairs of his area and receives and distributes the monies for the various uses already mentioned.

The Neighborhood head is one of the most sensitive posts in the Yemeni society, especially in Sana'a, which has more than 600 aqils. The aqil ordinary role was linking the government institutions with Yemeni citizens.

After the coup of the Houthi terrorist militias, aqil became spy in the neighborhoods of Sana'a.

According to the article 84 of the Yemeni Code of Criminal Procedure, the “head of villages” is one of the judicial officers in their jurisdictions.

The tasks of the aqils within cities are confined to the administrative work stipulated in their appointment decisions and the regulations governing their work.

Their tasks also based on knowing the neighborhood's residents, as well as the non-Yemeni expatriates and their locations within the neighborhood. They are responsible for two million people.

Following the killing of former Yemeni President Ali Abdullah Saleh on December 4, 2017, the allegiance of aqils completely turned to Houthi groups, which gave them greater powers, to practice detention and enforced disappearance.

Al-Houthi militia replaced aqils in Sana'a, with Houthi elements, and arrested 45 of them for allegedly violating instructions issued by the militias to monitor the soldiers in Sana'a.

Al-Houthi militia has also assigned aqils to distribute the basic needs of Yemenis such as gas and humanitarian aid. Several reports have indicated that aqils is providing false names to loot humanitarian aid. The Houthis stole looted 13,815 food baskets between 2015 and 2018.

aqils are supervising the social events and indoctrinate Houthi sectarian slogans. However, the main task of aqils is to recruit children and young people to fight for Houthis.

The Houthi militia puts up a reward of 100,000 Yemeni riyals for every aqil who succeeds in attracting a child or young man to fight in the ranks of Houthi, which indicates the importance and status of aqils.

Mahmoud al-Taher, political analyst, said that aqils or the mayors of the regions are influential in their neighborhoods. Before the Houthi coup, they were belonged to all political currents such as the General People's Congress, the Reform Party, the Muslim Brotherhood and the Socialist Party.

The Houthi were keen to have aqils loyal to them, carrying out their instructions and ensure they get everything they want.

He added in a statement to the Reference that their tasks under the Houthi, the collection of information and follow-up public opinion.