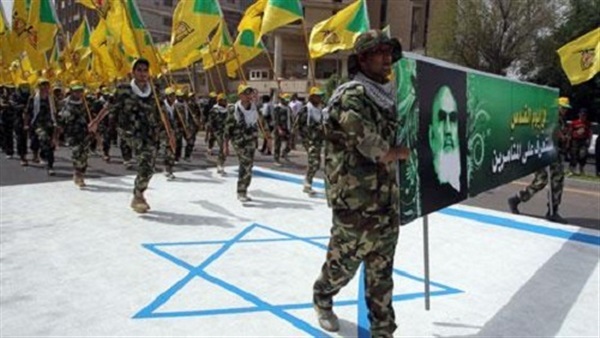 Bracing for greater recruitment, the Iraq-based “Hezbollah Brigades” militia set up a new boot camp in Syria’s eastern governorate of Raqqa, local sources reported, revealing that its location is somewhere near Al-Sabkha valley.

Heavy machinery and over a hundred tunnel diggers have been moved to the camp’s site, sources confirmed.

A local opposition media outlet, “Eye of Euphrates,” said that the Iran-backed militia had started preparing the camp over “Al-Zaeem” farmlands during the last 48 hours and had employed around 120 onsite construction workers.

The Hezbollah Brigade militia scaled up its digging of trenches and expansion operations for its camps and headquarters in the area “without any interference from the Syrian regime,” sources reported.

It is noteworthy that the Iran-aligned militia was founded in 2007 by the late Abu Mahdi al-Mohandis, who served as an advisor to the late Qassem Soleimani, the commander of the Iranian Revolutionary Guards at the time.

Both al-Mohandis and Soleimani were killed in early 2020.

The Hezbollah Brigades militia is believed to be 140,000 combatants strong and is considered one of the most prominent factions of the Popular Mobilization Forces (PMF), an Iraqi state-sponsored umbrella organization composed of approximately 40 forces.

Iran established the Hezbollah Brigades in Iraq in 2014 under the pretext of confronting ISIS in Iraq. However, its operations expanded to include areas of Iranian influence inside Syria.

In Syria, the Iraq-based militia has two main headquarters, both of which are located in Raqqa.

According to local sources, a few days ago, it began digging tunnels and military trenches in the Sefiane area and along the lines of contact with the areas controlled by the US-backed Syrian Democratic Forces (SDF).

During May, the Iraqi militia sent military reinforcements to the administrative border between Raqqa city and Deir Ez-Zor in the eastern countryside of the Raqqa governorate.