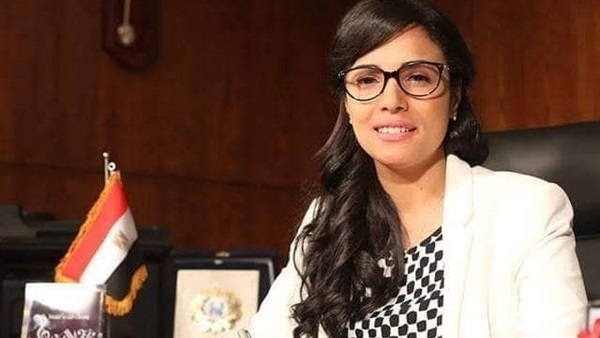 In this episode, we continue to narrate the findings of experts regarding the effect of different musical instruments on the movement functions in the body, as well as the effect of musical and lyrical forms on achieving the same goal.

Intellectuals view the Zar as myths, but recent studies have proven this theory wrong.

The most prominent of these discoveries can be summarized as follows:

(a) Playing the melodica

Since respiratory difficulties in these patients are many, these patients are given breathing exercises in the hope that they will maintain the function of their breathing muscles. Probably the best machine to achieve this goal is the melodica. Since this instrument works with keys like piano fingers rather than proximity, it helps to strengthen the fingers.

(b) Playing the harmonica

It benefits breathing and swallowing, as well as increases vital energy and self-confidence.

This type of activity benefits movement because it works to tighten, relax and balance muscles and harmonize body movements. In addition, it develops the talent of creation, the ability to focus, imagination, balance, good taste, and cooperation with others in the case of a collective kinetic rhythm, as well as breathing.

The drum is used as a means of releasing the emotional pressure of these patients, rather than suppressing it or appearing in the form of hostile words or actions.

Percussion instruments are also generally used for the flexibility of the bones in the paralyzed and others.

The type of opera that gives music, dances, drama, art, clothes and makeup has proven to be the best fit for muscle flexibility in children and adults.

Helps strengthen the muscles of the hand and fingers and their motor coordination.

This machine is easy to use and gives the opportunity to flex and straighten the wrist, which leads to muscle strengthening.

Sometimes the treatment of muscle weakness with music is the primary treatment, and sometimes it is an adjunct to other treatments, depending on the type of disability the patient has and the directions of the attending physician.

We have already mentioned that music can evoke different feelings, because its effect on humans is deeper than just creating a feeling of euphoria, sadness or meditation. Psychological reactions to its tunes affect the body's organs.

Since ancient times, people have discovered the relationship between rhythmic movements and dance, and the treatment of diseases, although the scientific reason for this relationship was not known of course.

Rhythmic dance means the movement of the body with music under a specific rhythm. With the effect of this rhythmic movement, reactions appear on the entire human body, and in particular on the nervous system.

In fact, rhythmic movements have many benefits, which have been confirmed by recent practical experiences. It contributes to coordinating the capabilities of the human body and develops the person's confidence in his ability and creative activity, in addition to its important role in treatment.

According to Radin, the great influence of music for Neanderthals is that it is the greatest symbol of the power of an ancient priest or doctor, due to the belief in his ability to control spirits that bring disease. When spirits become angry, their anger is translated into various diseases, then dance and music are the most important components of treatment.

There are two methods of treatment through the injured movement of the musical rhythm. An ancient primitive method that represents the myths of the past, such as the Zar method, and a modern method based on scientific studies and experiments, such as the method of Emile Jacques Dalcroze.

Despite all the victories of modern science in various fields, the remnants of the past still impose themselves on the present. The presence of pharmacies that express the latest methods of pharmacology did not prevent large sectors of citizens from searching in the shops of perfumers for medicine for their diseases.

The science of surgery has advanced to the point of being successful in organ transplants, but it has not been able to completely prevent the village barber from exercising his old influence in some of our villages.

The advancement of obstetrics and gynecology did not prevent some people from seeking help from the midwife.

Indeed, man’s arrival to the moon, thanks to the introduction of astronomy and space technology, has not yet diminished from our lives the influence of the astrologer and the belief in his ability to know the mysteries of the future by looking at the movements of stars and planets, which is one of the first specialties of modern astronomy.

In music, we find almost the same circumstances. Therapy with movement accompanying rhythm is practiced today in two different ways, each very different.

The first method, such as the Zar method, expresses an unscientific method, although it has some therapeutic benefits.

The second method, such as the method of Emile Jacques Dalcroze, also depends on the movement accompanying the rhythm, expresses the scientific development in understanding this process, and lays the foundations for organizing it.

The word Zar means “devil” or “spirit” in the Amharic language, a word that is literally derived from the word “visit”, which means the visit of an evil spirit to the human body. Zar entered Egypt more than a hundred years ago from Ethiopia through Sudan.

The visit is carried out by a gathering of some individuals - sick and often not sick women - headed by a supervisor of the ritual, with the aim of exorcising souls by rhythmic music accompanied by movements of the body, escalating in strength and speed until it reaches an extent similar to hysteria, and then the person falls to the ground as a result of extreme fatigue.

Until recently, intellectuals have looked at Zar as mere myths that are useless, but recent studies, as Aida Abdel Aziz says in her research on Zar, have shown the error of this theory. Human organs dance with music, and every beat of the heart and every beat in the veins is affected by it, and it is even said that it generates electric currents, which science calls “the currents of life.”

Contemporary studies have shown that Zar helps, without the awareness of its owners, to stimulate blood circulation and the respiratory system, and sometimes achieves psychological and physiological stability as a result of getting rid of psychological emotions through the practice of muscular activity.

The collective practice of Zar and the physical vibrations of varying strength and speed, which are moved by the accompanying music, lead to the void of emotional charges and achieve psychological balance.

The Swiss artist and scientist Emile Jacques Dalcroze is considered one of the most prominent discoverers of the impact of music on the education, development and treatment of the soul and the body through well-studied scientific methods.

He changed fields before, such as Alexander Garda Itone, to work in this field in different ways, but what we are interested in talking about now is the Dalcroze method as being the best.

Emile Jacques Dalcroze, while working as a theater director in Algeria and conductor of the orchestra there, discovered that oriental rhythms have a profound influence. Hence, his great research began, which ended up with something like a revolution in this field.

Music accompanied by expressive movements gives a wealth of different influences on man.

This is supported by scientific and medical research accompanied by films presented at the Third International Conference on Music Therapy in Yugoslavia in October 1972. Many of them were based on the Dalcroze method in the various types of treatment.

Dalcroze called the kinetic rhythm “rhythmics”, which is an attempt to translate some of the basic principles of music into movement in order to realize a real and understandable “conscious” experience of music through the fusion of the physical and spiritual aspects.

Among the most prominent works of Dalcroze is his division of rhythm as follows:

Each of the above types of rhythms has an effect on the other. If, for example, he presents an auditory rhythm to a scientist in a factory, he activates this rhythm at work, thanks to its effect on muscular rhythm. Also, if the student is given a muscular rhythm, his hearing is activated and helps him focus and be attentive, as well as helping his eyesight.

A fourth element was added to the previous three, which is tactile rhythm. This type of rhythm can also influence and be influenced by the other three rhythms.