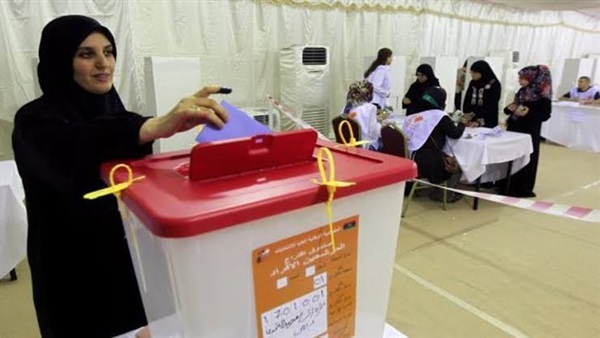 Ahead of the elections scheduled to be held on December 24 in Libya, the High Council of State has called for the need to adopt an interim constitution to complete the electoral process, for one presidential and parliamentary session, in order to end the transitional stage in the country and to allow the council to adopt the powers to make the necessary amendments within two years from the start of its work.

In the House of Representatives, 51 members, including Parliament Speaker Aguila Saleh’s deputy, affirmed the same demand, according to a statement issued on Thursday, June 10, knowing that a dispute took place between the House of Representatives and the High Council of State regarding the eligibility to appoint holders of sovereign positions, even though the Skhirat Agreement specified the tasks of the parliament as a legislative authority and the High Council of State as an advisory body in Article 15, as a matter of additional provisions.

Meanwhile, observers of the Libyan issue confirmed that the maneuvers taking place from here and there are nothing but political absurdity and a kind of obstruction to the implementation of the road map emanating from the Libyan Political Dialogue Forum, and that the truth of the matter is the adherence of members of parliament and members of the High Council to their positions, as well as a way to blackmail and perhaps guarantee positions within the post-general elections scheduled for the end of this year. They noted that the disruption of the implementation of the terms of the ceasefire agreement and the refusal of the armed groups controlling the Abu Qurayn gate to open the coastal road interfered with the implementation of the road map and the political agreement.

On the other hand, Libya is looking forward to developing a strategic partnership between it and the United Kingdom. During a press conference in the capital, Tripoli, with British Minister of State for the Middle East and Africa James Cleverly, Libyan Foreign Minister Najla Mangoush expressed her country's aspiration in this regard, saying, “We look forward to starting a strategic partnership with the United Kingdom in all fields, and we stress the importance of cooperation between the two countries in many areas, the most important of which are security, administrative and financial, and support the development of these sectors.” She added, addressing the British government, “We invite you to work at the embassy in Tripoli and open a consulate soon in Benghazi.”

Regarding the security situation in her country, Mangoush said, “Neither the territory of Libya nor its airspace will be affiliated with any force, nor to any country except the Libyan state itself.”

Mangoush welcomed Britain's offer to provide technical support for the political track and the electoral process, stressing the need for coordination and strengthening international positions towards the Libyan crisis through the establishment of a Libya stability group headed by a Libyan.

For his part, Cleverly said that the Libyans now have a real opportunity to write the next chapter in the history of their country, stressing that the next step will be holding elections in December. He noted that this “requires the transitional Government of National Unity (GNU) to work hard with the support of the United Nations Support Mission and the international community.”

“The government must ensure an enabling environment for safe, fair and inclusive elections, including measures to enable women to participate fully, equitably and meaningfully as candidates and voters,” he added.

Regarding the situation of mercenaries in Libya, Cleverly said, “Our position is clear, which is to withdraw all foreign forces and mercenaries from Libya without any delay.”