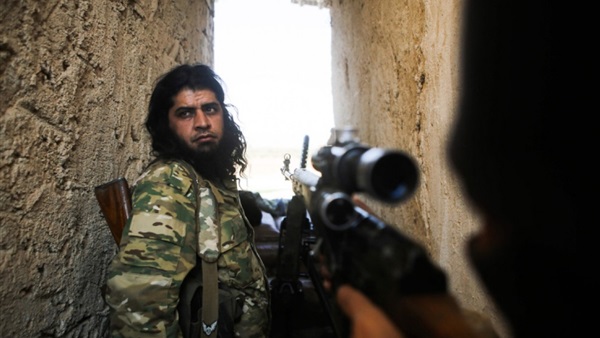 Relations between al-Qaeda and the Islamic State group went through several transformations in the past years, moving from co-existence to cooperation and then rivalry.

The African Sahel region is a case in point in this regard. The two organizations cooperated with each other in Africa, even as they fought against each other in other parts of the world, including in Syria and Iraq.

The defeats the Islamic State group and al-Qaeda sustained in Syria and Iraq forced them to migrate to the African Sahel region, Nigeria and the Horn of Africa.

In gaining presence in the new land, the Islamic State group used religious tensions, especially in the African Sahel region. However, it came against the growing influence of al-Qaeda in the same region.

The Islamic State group works to move its command center from Iraq and Syria to Africa, a new study said.

Islamic State attacks in Africa increased by 67% this year, compared with last year, the study, which was conducted by al-Azhar's Counterterrorism Observatory, added.

It said this increase was most seen in Burkina Faso, Mozambique, the Democratic Republic of Congo, Mali, Niger, Cameroon, Ethiopia and Nigeria.

It said the pro-Islamic State Boko Haram organization had killed 37,599 people in Nigeria since 2011.

The observatory said Africa had lost over $171 billion because of terrorism so far.

It expected Africa to turn into a stage for bloody confrontations between the Islamic State group and al-Qaeda in the coming few years or months.