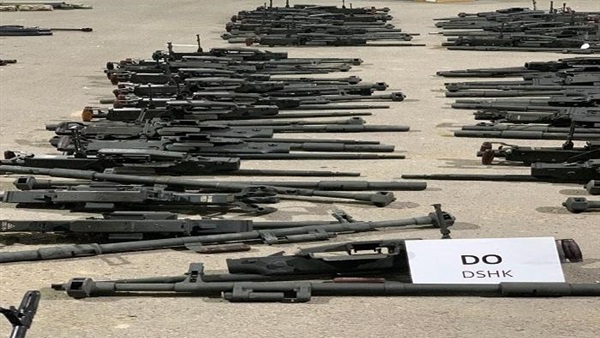 An Iranian battleship and the largest ship in the Iranian fleet headed south towards the east coast of Africa. American officials believe that the destination of these two ships is Venezuela. In the wake of this, prominent Republican Senator Marco Rubio called on the administration of President Joe Biden to refuse to allow these two warships belonging to the mullah regime to go to Venezuela.

Rubio tweeted that there are two reasons behind a warship belonging to the mullah regime sailed half the world to dock in the port of Venezuela, namely to deliver a military shipment sold to Venezuela and to test America’s position by conducting joint exercises with the Venezuelans. “We certainly take our Southern Command area responsibilities very seriously,” said Pentagon spokesman John Kirby, adding that Rear Admiral Craig Faller, the commander of US Southern Command, has capabilities that help ensure the security of this region and to fulfill US obligations in this region of the world.

Based on aerial photographs obtained by the US Institute of Navigation, more information was disclosed about the ship and its cargo, including that the ship Makran carries seven speedboats captured by satellite.

The Institute of Navigation stated that based on observations of satellite imagery, the ship is making a voyage around the world bound for Venezuela, carrying speedboats, launching missiles and torpedoes, and there is a high probability that it is carrying intercontinental ballistic missiles for delivery to the Venezuelan government.

It is worth noting that these speedboats belong to the family of boats used by the naval forces of the Revolutionary Guards in the Arabian Gulf and the Sea of Oman. These boats are equipped with torpedoes and missiles previously used to strike US ships in the waters of the Middle East.

In the wake of this news, Kirby described the possible move of the mullah regime to transfer weapons to Venezuela as a provocative step, saying that the United States reserves the right to take necessary measures in coordination with allies in the western hemisphere.

“Although the Pentagon does not comment on security issues, we are reminded that the delivery of such weapons is a provocative and threatening act against our allies in the western hemisphere,” Kirby said.

“In this sense, we have the right to take the necessary measures, in coordination with our allies, to prevent the delivery or transfer of these weapons,” he added.

Meanwhile, CNN reported about the movement of the mullah regime's ships towards Venezuela, stating that the Pentagon and US intelligence agencies are closely following the two ships, which Tehran claims are heading to Venezuela, although it is not yet clear whether these two ships carry weapons or not. However, several US officials say that satellite images show a ship carrying a type of small, attack speedboat that the mullah regime has used to strike US naval ships in the Arabian Gulf.

Analysts said that if Iranian submarines manage to reach the Atlantic Ocean, it will be an important step for the Iranian navy, which has failed to achieve this in the past. The US National Security Council’s spokesman wrote about Tehran’s transfer of weapons to Venezuela, saying that any form of transferring weapons to Venezuela by the mullahs would be a provocative act, and Washington will reserve the right to take the necessary measures in cooperation with its allies to prevent the delivery or transfer of such weapons.

The reports received about the mullah regime’s interference in the affairs of other countries, including Iraq, Lebanon, Yemen and Syria, indicate that this fascist regime plays a major role in creating crises around the world, specifically in the Middle East, and that any complacency in confronting it could lead to more of these crises.

The extension of these interventions to Venezuela is another evidence to prove this fact, and indicates once again as the Iranian resistance and National Council of Resistance of Iran (NCRI) President Maryam Rajavi have repeatedly stated, that the only solution to stop the mullah regime from its destructive nuclear and regional practices is to confront it as decisively as possible.