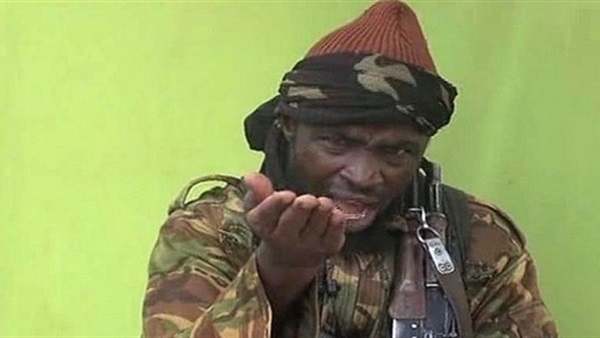 “Shekau preferred to be humiliated in the hereafter than to be humiliated on earth. He killed himself by detonating an explosive device,” said a voice speaking Kanuri, whose voice resembled that of ISIS leader Abu Musab al-Barnawi. According to an audio recording obtained by news agencies, Shekau blew himself up during clashes between the two terrorist organizations.

In the recording, ISIS described sending fighters to a pocket of Boko Haram in the Sambisa Forest, where they found Shekau inside his house and engaged him in a gun battle.

The spokesman said that Shekau “retreated from there and fled to the forest for five days, but the fighters continued to search for him and tracked him before they could locate him,” adding that after finding him in the forests “ISIS fighters and his followers urged him to repent,” but Shekau refused and killed himself.

If Shekau's death is confirmed, it will constitute a major blow to Boko Haram, which has already been weakened by air strikes on its bases and defections in its ranks.

Boko Haram split in 2016 into two parts. The historical faction led by Shekau controlled the area around the Sambisa Forest, while the ISIS-West Africa branch has come to dominate in northeastern Nigeria, where it carries out large-scale attacks against the Nigerian army.

In contrast to Boko Haram, which does not hesitate to kill civilians who do not join its ranks by launching attacks or committing terrible massacres, ISIS-West Africa Province prefers to win the trust of the people of the region and guarantee financial resources in an organized manner.

Analysts are concerned about the rising influence of ISIS-West Africa, which appears to be on the verge of absorbing Boko Haram fighters and taking over its former strongholds, as this means that it controls a larger area and has more fighters and more weapons.

The battles between Boko Haram and ISIS were also in the Nigerian army's favor. Bekafe Consulting, a risk assessment firm specializing in Africa, said in a note that “if ISIS in West Africa convinces Shekau’s forces to join it, it will control the majority of the hostile forces and will have a presence in the greater part of the areas outside the control of the government in the northeast of the country.”

However, it is likely that ISIS will have to persuade or fight other factions of Boko Haram loyal to Shekau that still control significant strongholds, particularly on both sides of the border with Cameroon in Nigeria’s Gwoza and Pulka, as well as in the Mandara Mountains and even in Niger.

What comes after Shekau?

The results of the fall of Shekau at the hands of ISIS militants in West Africa can be drawn from several points, foremost of which is that whether Shekau was killed or injured, the events confirm the end of the terrorist who has long threatened Nigeria and was a major threat to Nigerian security and the West Africa, where he prominently kidnapped more than 300 female students.

More than 40,000 people have been killed and more than two million people driven from their homes by the conflict in northeastern Nigeria, and fighting has spread to parts of neighboring Chad, Cameroon and Niger.

The second point is that ISIS has become the supreme leader for terrorist organizations in Nigeria and West Africa, as the organization now controls important areas and populations throughout the Sahel region.

The third point is that the death or capture of Shekau could give ISIS-West Africa control over the Sambisa Forest and extend its influence in the northeastern state of Borno and most of the roads leading to the regional capital Maiduguri.

The fourth point is that the repeated failure by the Nigerian authorities to restore the Sambisa Forest would entrench the influence of ISIS-affiliated factions, which extend to the Libyan border.

Shekau had been under the leadership of swathes of northeastern Nigeria and declared a caliphate in Gwoza, Borno in 2014.

The fifth point is that all armed, extremist and terrorist factions and groups in West Africa will be under the sway of ISIS and Barnawi, which means that any organization that works against ISIS-West Africa will be doomed to the same fate as Shekau.

Finally, the fate of Boko Haram will not end, but may extend in the regions of Lake Chad, especially on the borders of Niger and Chad, but the supreme word for terrorist groups in West Africa will be for Barnawi's organization.