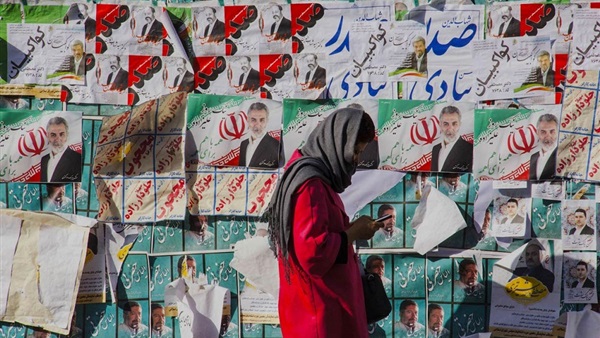 Controversy has escalated accompanying the presidential election in Iran scheduled for June 18, as the Guardian Council excluded the majority of candidates, accepting only seven.

The Guardian Council’s decision led to sharp criticism of the mullah regime, as it imposed restrictions on the will of the voters before the voting process even began. Supreme Leader Ali Khamenei surprised the followers in a speech broadcast on state television when he criticized the Guardian Council’s decision, which is overseen by hardline cleric Ahmad Jannati, and described what happened as an injustice.

“I demand the Guardian Council to compensate some of the candidates who were unjustly denied their eligibility,” Khamenei said, in a statement that was widely interpreted as giving a green light for the return of former Parliament Speaker Ali Larijani to the list of candidates.

However, Mehdi Fazaeli, a member of the Iranian Supreme Leader's media office, ruled out the possibility of changing the list of candidates for the current presidential elections.

“The composition of the candidates does not change after Khamenei’s speech, and the leader’s talk about persecution and injustice to some candidates during their candidacy for the presidency is not directed to the esteemed Guardian Council and has no effect on the outcome announced by this council,” Fazaeli tweeted on his official account.

Indeed, the list of presidential candidates remained unchanged, as the Guardian Council maintained its position as if nothing had happened.

Thus, hopes were dashed that Larijani, who is currently working as an advisor to the Supreme Leader, would be allowed to run, and there are rumors that he was excluded because of his daughter's residency in the United States.

On May 25, the Iranian Interior Ministry stated that the Guardian Council had approved seven candidates for the election, namely Ebrahim Raisi, Saeed Jalili, Mohsen Rezaee, Alireza Zakani, and Amir-Hossein Ghazizadeh Hashemi, all of whom are from the hardliner current, in addition to Abdolnaser Hemmati and Mohsen Mehralizadeh, who are considered moderate.

The candidates exchanged sharp criticism in the television debate that brought them together on Saturday, June 5, where they accused each other of treason and lack of scientific competence in light of the country's economic weakness due to the US sanctions imposed since 2018.

While the five conservative candidates attacked the performance of outgoing President Hassan Rouhani after eight years in power, moderate candidate and former Central Bank Governor Abdolnaser Hemmati blamed hardliners for inflaming tensions with the West, arguing that this was the reason for exacerbating economic hardships.

In the first debate of three scheduled debates, former Revolutionary Guard chief Mohsen Rezaee accused Hemmati of fully acquiescing to US sanctions, saying he should face accusations of treason.

“If I become president, I will impose a ban on my mission and a number of other officials in Rouhani's government. I will prevent them from leaving the country, and I will prove in court the treacherous positions in which they were involved,” Rezaee said.

After Rezaee’s statements, Hemmati asked the most prominent conservative candidate and head of the judiciary, Ebrahim Raisi, jokingly, “Mr. Raisi, do you give me guarantees that no judicial action will be taken against me after this debate?” This is seen as a sign that Raisi will win the presidency due to the Supreme Leader's support for him.