Blinken Vows to Restore US Assistance to Palestinians 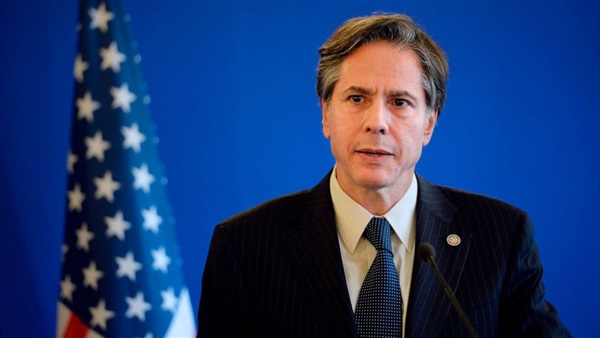 US Secretary of State Antony Blinken has stressed the importance of supporting US allies in the Middle East by fully funding key countries, including Israel and Jordan, and by restoring humanitarian assistance to the Palestinian people.

In his opening statement before the House Committee on appropriations, subcommittee on state, foreign operations and related programs, Blinken vowed to fulfill Israel’s request for $1 billion in emergency funding for the Iron Dome.

He slammed the Palestinian Hamas movement and stressed it is a “terrorist organization,” noting that Israel has the right to defend itself.

In response to a question by a committee member, Blinken said Hamas controls the Gaza Strip, not the Palestinian Authority.

“It is most likely that Palestinian Authority President Mahmoud Abbas’ decision to cancel the elections stems, in part, from his concern of a Hamas victory.”

He called on the House Committee Foreign Affairs members not to oppose sending aid to the Gaza Strip.

Asked whether the US President Joe Biden’s administration recognizes Israeli sovereignty over the Golan Heights, Blinken replied that Israel has control of the territory, irrespective of its legal status.

“That will have to remain unless and until things get to a point where Syria and everything operating out from Syria no longer poses a threat to Israel, and we are not anywhere near that.”

In an interview with Axios news, Blinken reiterated the Biden administration’s stance on the two-state solution.

He said it is “the best and probably only means to ensure that, going forward, Israel remains not only a secure but a Jewish and democratic state, and the Palestinians have the state to which they’re entitled.”

“We’re working very hard not only to make sure that the ceasefire stays in place, but to start to deal with the humanitarian situation in Gaza,” he added.

Moreover, he urged congressmen to approve the request of a $58.5 billion for the State Department and USAID for Fiscal Year 2022.

Blinken said $10 billion will be allocated in assistance to support refugees, victims of conflict and other displaced people and to rebuild the refugee admissions program.