Pragmatism of Mansour Abbas: Search for common ground between Brotherhood and Israeli right 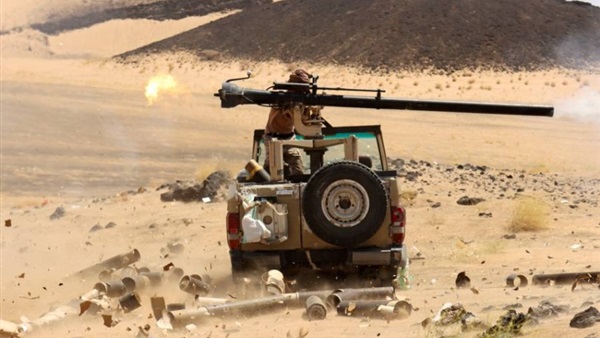 It was not just a snapshot that brought together a Brotherhood politician from the Arab minority in Israel standing smiling next to a leader of the Israeli extreme right and his allies, as it summarizes the common ground between one of the arms of the group with the Israeli extreme right, which shouts slogans on every occasion and rejects normalization.

It was not surprising that Mansour Abbas, head of the pro-Brotherhood United Arab List party, was seated to sign the Israeli government coalition alongside Israeli opposition leader Yair Lapid and far-right leader Naftali Bennett, known for his unlimited support for settlements. The fourth of them is the pragmatism that the group and its factions are good at, no matter how much their names differ.

The goal is to overthrow Prime Minister Benjamin Netanyahu, who has spent the longest term as prime minister of Israel, and replace him with someone more extreme, especially against Arab national interests.

As for Abbas, his party and group saw it as an opportunity to achieve other goals under the group's permanent slogan “Shall we leave it to them alone”.

Abbas said in statements immediately following the agreement that he had reached important and needed understandings for the Arab community inside Israel, especially in the Negev region, where the Arab population suffers great marginalization by the authorities of the Hebrew state compared to the Jews. He noted that this is the first time an Arab party has participated in the formation of an Israeli government.

Abbas justified the deal by saying that he would obtain some benefits that serve the Arabs of the Negev, such as obtaining Israeli recognition for some Arab villages, increasing private investments in these villages, and fighting organized crime through the presence of an extensive Israeli police force.

Decision is not solo

The United Arab List party in Israel, headed by Mansour Abbas, is the first Arab-Palestinian party to join an Israeli government since 1992.

Before the approval of the coalition agreement, Abbas requested the approval of the Islamic Movement’s Shura Council. The Israeli newspaper Yedioth Ahronoth quoted statements attributed to a senior member of the movement’s Shura Council, in which he said, “The Shura Council agreed to join the new government, but our condition was not to give up abolition of the Building Regulations Law, because it is the demand of the Arab populace in the country. We are supposed to achieve this goal and not ignore it. Mansour Abbas is not the only person who can decide, but we are all together.”

Abbas won a promise of government funds to serve the Palestinians within the 48 borders worth $16 billion over five years, which will be allocated to development plans, addressing the housing crisis, and combating violence and organized crime.

Will the coalition achieve interests for the Palestinians?

The most important questions about Abbas Mansour's justifications for participating in the coalition arise about the extent to which the interests of the Palestinians can be achieved, or are there interests specific to Mansour and his pro-Brotherhood party?

Previous statements by Naftali Bennett and his extremist tendencies towards the Palestinians prove the opposite. Bennett previously said that “the establishment of a Palestinian state would be suicide for Israel.”

Bennett is a former head of the Yesha Council, the main settler movement in the West Bank, and he has made annexing parts of the occupied territories captured by Israel in the 1967 war a key feature of his political platform.

Less than three days before the signing of the agreement, Bennett said that he would cooperate with his political opponents to save Israel from a political disaster.

Bennett had a long-term relationship with Netanyahu that was often tense, as he worked between 2006 and 2008 as a senior aide to the prime minister, who was then the leader of the opposition, before he left due to a dispute between them.

Bennett entered politics in 2013, renewing a pro-settlement party and taking over the position of defense minister, as well as the education and economic portfolios in different Netanyahu governments.

Regarding this coalition, Dr. Jamal Abadi, director of the Research Unit for Extremism and Terrorism at the Palestinian Institute for National Security Research, said in exclusive statements to the Reference that the demands on which Abbas relies are merely civil, not nationalist, and show the low level that the struggle has reached in Palestine, especially as his partners in the agreement described the Palestinian resistance as terrorism.

Abadi added that the peak of Abbas’s demands are budgets only, without paying attention to the issue of the legal status of the Arabs, and he did not talk about Al-Aqsa, the occupation or settlement, all of which are critical issues that concern all Palestinians.

Abadi made it clear that the agreement signed with Lapid and Naftali is for a period of ten years, which is meaningless because this government will disintegrate after several months.