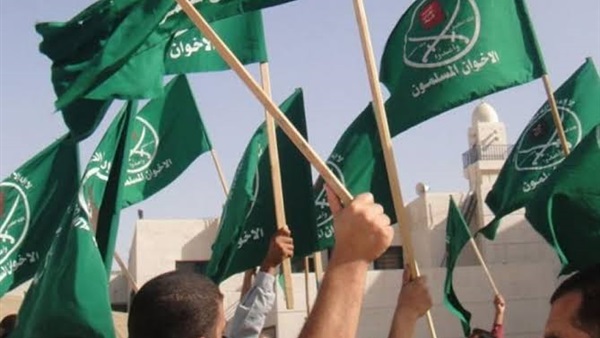 The international Brotherhood organization tried to exploit its active branch in the United States to incite the country’s political class against the regime in Egypt after the fall of the group’s rule in the June 30 popular revolution that resulted in the removal of Brotherhood President Mohamed Morsi.

The US Congress remains one of the most important tools that the Brotherhood has tried to direct against the Egyptian state by addressing its deputies with an alleged discourse of “grievances” about their removal from power, in addition to attracting other representatives as supporters of the Brotherhood’s international ideology, regardless of its positions.

With President Joe Biden now in the reins of power in the United States, the Brotherhood has renewed its quest to harm the interests of Egypt and countries in the Middle East opposed to its agenda, through institutions spread throughout the American states, using an enthusiastic rhetoric wrapped in human rights vocabulary.

The criteria of ideological disguise and denial gave the Brotherhood organizations in the United States a broader opportunity to spread in society without a real political confrontation, due to the group’s identification with the laws of the country, and then the organization was able to form a network of social and humanitarian institutions, but with political purposes that clearly appeared in campaigns against Egypt.

In May 2017, the group formed a delegation to visit the US legislature under the guise of an attack on Egypt after June 30, 2013, namely the Egyptian Americans for Freedom and Justice. The members of the association sought to meet with congressional representatives after contacts to set a date for the delegation’s visit.

By mastering the role of the victim, the Brotherhood tried to lure the deputies to their cause.

These constituted the group's most prominent players in American society. At the time, the president of the Brotherhood, Hani al-Qadi, claimed that the visit was successful, but years later, the failure of the visit appeared.

The visit did not achieve its goals and the group did not achieve what it is trying to reach from the threat to the Egyptian interior and its stability. The Brotherhood is still a terrorist group according to the legal classification in Egypt and several countries in the Arab region such as the UAE and Saudi Arabia, and its status or the position of its leaders in the region has not changed. As for the failure abroad, some congressmen tried to stir up the stagnant waters to declare the group a terrorist organization in the United States, similar to Egypt.

In a setback to the group’s efforts, a number of congressional representatives sought to classify the Brotherhood as terrorist for fear of its ideological reference as a primary incubator for extremist groups with an international dimension. In July 2018, the Congressional National Security Subcommittee discussed the group’s danger to the country, stressing that it represents a malign threat to national security.

In December 2020, Senator Ted Cruz, a member of the Senate Foreign Relations Committee, along with his fellow Republican senators Jim Inhofe and Pat Roberts, introduced a bill to add the Brotherhood to the terrorism list, asking the State Department to submit a report to Congress on the extent to which the group adheres to legal standards. Cruz accused the Brotherhood of practicing terrorism and sabotage in the Middle East.

Dr. Hassan Salama, professor of political science at Cairo University, told the Reference that the most important thing in this file is the actual application of combating the group, whether by including it on terrorist lists or implementing legal standards for these anti-Brotherhood decisions, adding that the group represents a danger to US interests, as is the case in the Middle East.

The policies of former US President Donald Trump remained a catalyst against the efforts of the Brotherhood in the country to annoy the Egyptian state, but Biden has a somewhat open partisan background, dealing with these currents or at least seeing them as political tools. Alternatively, the Brotherhood tried to turn politicians against Egypt, which also showed its failure during the recent Egyptian-American cooperation, which was clarified by the meeting between Egyptian President Abdel Fattah al-Sisi and US Secretary of State Antony Blinken in Cairo to discuss frameworks for cooperation between the two countries through various files, most notably the ceasefire in Gaza.