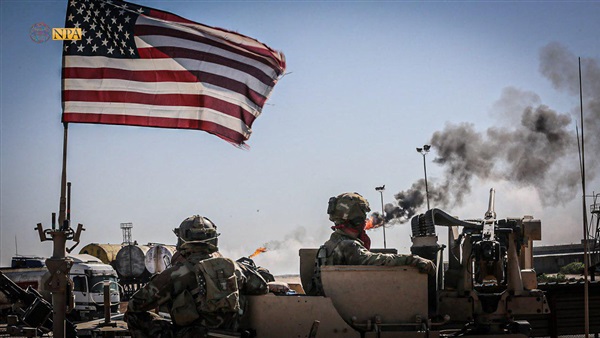 Iraq’s Joint Operations Command announced the first technical meeting between the US and Iraqi military leadership to discuss the redeployment plan of the coalition forces.

Iraq’s Lt-Gen Abdul-Amir al-Shammari met with US Lt-Gen Paul Calvert within the framework of the technical-security talks agreed upon in the strategic dialogue last April, the Joint Operations Command revealed on Saturday.

The statement said that the US side reiterated its respect for Iraqi sovereignty, explaining that the US-led international coalition is in Iraq at the request of the Iraqi government to provide advice and support to defeat the ISIS terrorist group.

“It will include specific mechanisms and timings to complete the redeployment of the combat forces of the international coalition outside of Iraq,” it added.

They agreed “on an action plan to implement the outcomes of the strategic dialogue between Iraq and the United States and that the plan will be implemented during the next session of talks that will be held in Baghdad or Washington in July or August of 2021,” it stated.

Strategic expert Maan al-Jubouri told Asharq Al-Awsat that the success of the previous rounds between the two parties led to the continuation of this strategic dialogue.

Iraq achieved positive results during previous rounds of dialogue, which were a problem for previous governments or the current government, because of the pressure of political forces to ensure the withdrawal of US forces from Iraq.

Jubouri added that this matter was embarrassing for the government, because the method used by the political forces, whether they are militias or armed factions, is a major problem for Iraqi diplomacy and government.

It also negatively affects the economy and indicates that the security situation is not under control.

Jubouri explained that based on these data, technical negotiations were launched between the two military leaderships, which represents the fourth round of the Iraqi-US dialogue.

The new round will achieve more solid and clear results, and it is expected to have better outcomes in the interest of the Iraqi government, according to the expert.

The US understands that the Iraqi government is under pressure, said Jubuori, stressing that all the facts confirm that Baghdad will enter a new phase within the framework of its agreement with Washington, including the redeployment of the forces and reducing their number in Iraq, which will remain within the framework of advisory, logistical support, intelligence, and air force experts only.