ISIS and al-Qaeda: Many methods, one terrorism (Part 2) 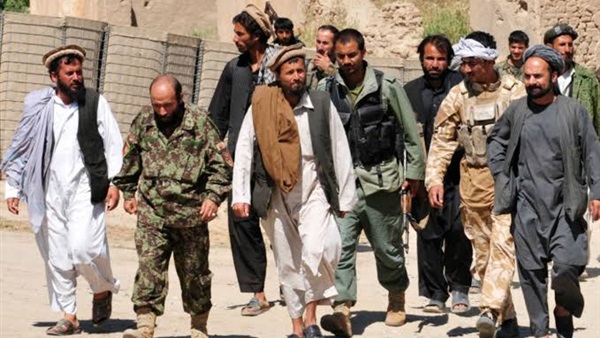 There are many names of terrorist groups, but their terrorism is one. Despite the different methods of ISIS and al-Qaeda, they agree in the end to shed blood and terrorize the innocent.

Differences in methods emerged between ISIS and al-Qaeda, despite their agreement in their goal. Here, we monitor the differences in the methods of the two terrorist organizations, perhaps the most prominent of which is by looking at ISIS. We find that it sought to erase national borders and dismantle the current regional political system in order to establish a society and an Islamist political entity in the heart the Middle East and reshaping the strategic landscape in it. It relied on military action in order to wrest control of lands and cities from modern countries, and then establish its caliphate and political, financial and judicial institutions, imposing strict laws on the population. On the other hand, al-Qaeda, has not tried since its inception more than two decades ago to occupy territories or independence.

Thus, ISIS was distinguished by its threat to the modern state system - that is, the nation-state - at the field level, which it translated by being able to establish a political entity and structure over geographical areas in Syria and Iraq.

ISIS had previously managed to control a certain area that extended between both countries, and it also owned a traditional army and tried to protect and extend its existence, until its defeat in early 2017, although it maintained this character until its last moments.

The Salafi-jihadist organizations, especially al-Qaeda, have prioritized their global activities against the West, the distant enemy. Therefore, they did not ignite the jihad in Syria, work to liberate Palestine and fight the followers of the Shiite sect, despite these issues being important to them, but they will hinder them from the most direct goal, which is fighting the distant enemy.

Despite Al-Qaeda’s takfir of non-Sunni Islamic sects such as the Shiites, considering them to be nothing more than misguided and perverted sects, the organization believes that confrontation with them is inevitable. But al-Qaeda worked to postpone this confrontation so as not to turn away from confronting the distant enemy. On the contrary, it made ISIS the close enemy. The organization has decided that the Shiites - and the rest of the minorities - as well as many existing regimes in the Middle East are the main enemy, thus deepening the sectarian conflict in Iraq and Syria.

Al-Qaeda has set strict conditions for fighters to join its ranks, subjecting them to religious tests and loyalty based on systematic, ideological extremism, as well as harsh military training, while ISIS includes in its ranks everyone who pledges allegiance to its leader, whether he has recently given up drugs or has criminal records, in order for them to quickly carry out a terrorist operation.

Al-Qaeda benefited from the internet to a limited extent, unlike ISIS, which took advantage of all the information revolutions and modern applications for mobilization and recruitment and established a messaging network for recruitment via Twitter.

Excessive brutality is one of the most important black propaganda tools that ISIS relied on, including beheadings, burning prisoners or drowning them alive. It also included children in the executions in front of high-definition cameras to be watched by millions on the internet, surpassing al-Qaeda's operations, which were also characterized by brutality, as it carried out murders and suicide operations.