Berlin Summit 2: Will Germany succeed in achieving peace and removing mercenaries from Libya 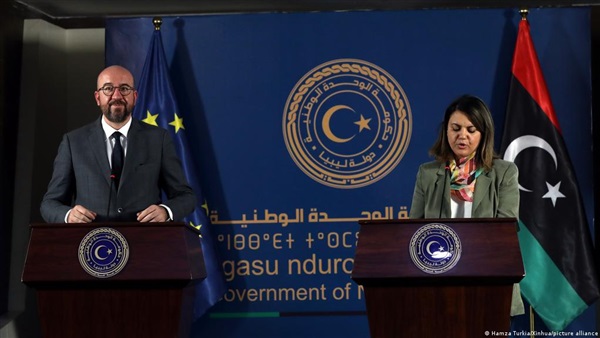 At a time when the initiatives for a political solution in Libya did not achieve any progress on the issues of mercenaries and the elections, Germany announced that it would organize a summit on Libya jointly with the United Nations.

Berlin continues its diplomatic moves to support the peace process in Libya by discussing future steps that guarantee lasting stability in the Libyan territories, stressing the need for the removal of mercenaries and the withdrawal of foreign forces to allow for a democratic transition and to create the appropriate conditions for holding elections on their scheduled date.

The United Nations mission seeks to hold the Berlin summit, and the Political Dialogue Forum has concluded a final consensus on the constitutional basis that is adopted in organizing elections, in light of sharp differences over the nature of this basis.

Libyan National Army (LNA) Field Marshal Khalifa Haftar held talks with the UN Special Envoy and head of the UN Support Mission in Libya Jan Kubis, and it is expected that these two files will be on the table of the German summit.

In this context, the German Foreign Ministry announced that Berlin will host a new round of Libyan peace talks on June 23, to be attended by the transitional government headed by Prime Minister Abdul Hamid al-Dabaiba.

“The next steps needed to achieve sustainable stability in the country will be discussed” during the summit, the statement said.

The talks are expected to focus in particular on preparing for national elections scheduled for December 24 and the withdrawal of foreign soldiers and mercenaries from Libya, and will also consider the issue of forming unified security forces in the country.

A German Foreign Ministry spokeswoman stated that “the summit is an expression of continued international support for stability in Libya,” adding, “The international community stands ready to continue its constructive and close support to the United Nations-led peace process in Libya.”

Libya continues to suffer from chaos following the overthrow of late President Muammar Gaddafi in 2011, as armed groups took advantage of the chaos in the country and were able to impose their influence in various Libyan cities.

It is noteworthy that Berlin hosted the first round of talks under the auspices of the United Nations on January 19, 2020, in which the leaders of the two sides of the Libyan conflict participated, along with the presidents of Russia, Turkey, France and Egypt, in an effort to bring peace to the country.

The solution also required three tracks, including the military track, by forming a committee of 10 officers, five from each side, to determine the mechanisms for implementing the ceasefire, in addition to disarming and dismantling the militias in Libya and re-launching the reconciliation process.

An official truce in October led to the formation of an interim government tasked with unifying Libya's divided institutions, launching reconstruction efforts and preparing for December's elections, but UN Libya Envoy Jan Kubis noted last month that there had been stagnation in progress on issues such as the withdrawal of foreign mercenaries and the reopening of the road linking between the country’s east and west.

More than 20,000 foreign and military mercenaries remain in Libya, including mercenaries from Turkey, Russia, Sudan and Chad.

Unlike the Russian mercenaries who supported the authorities in the east of the country, Turkey says that its operatives were sent to Tripoli under a bilateral agreement with the government, hinting that the call for the withdrawal of foreign forces does not include them.

Observers believe that the Berlin summit will be decisive in two important issues, namely the evacuation of foreign forces and mercenaries from Libya and the setting of the constitutional basis for organizing the elections on time.

The participants in the founding forum of the High National Reconciliation Commission stressed the need to continue establishing the national reconciliation project.

This came in the final statement of the founding forum of the High National Reconciliation Commission, which concluded on Tuesday and lasted for two days in Tripoli, with the participation of many elites and national experiences.

The European Union has stressed the necessity of implementing the ceasefire agreement under the supervision of the United Nations, in addition to the necessity of holding elections, unifying security institutions, and combating illegal immigration.