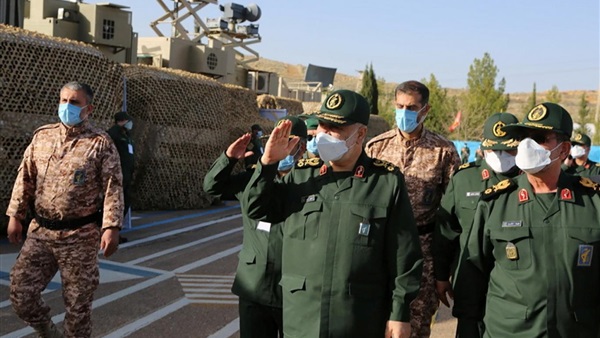 Under the pretext of providing medical aid and services, Iran is expanding and giving a false legitimacy to its presence on Syrian territory, as the Quds Force launched a medical aid campaign in Syria.

According to the Syrian Arab News Agency (SANA), the head of the Foundation for Martyrs and Warriors Affairs in Iran claimed on Monday, May 31, that his foundation, in cooperation with the Quds Force, had formed a medical committee in Syria for the first time in the governorates of Aleppo and Damascus.

On May 12, the Iranian Foreign Ministry announced the opening of its consulate in the city of Aleppo, northern Syria, after an agreement was reached between Tehran and Damascus three years ago to establish a special Iranian consulate in Aleppo and Latakia.

The Quds Force is led by General Esmail Ghaani, succeeding General Qassem Soleimani, who was assassinated by a US drone in early 2020 after arriving at Baghdad International Airport from Damascus.

A news report published by the Iranian opposition Radio Zamaneh in March shed light on the Quds Force’s efforts to spread Shiism in Syria by exploiting the Iranian military presence on Syrian soil.

The published report stated that the Iranian government is working to spread Shiite doctrine and Persian culture in Syria, in parallel with maintaining the military presence, pointing to the presence of evidence confirming the efforts of the Iranian forces present in Syria to spread ideological influence in some Syrian regions, including Deir Ezzor, Mayadin, and Al-Bukamal.

The report emphasized that the Quds Force members are implementing the project to spread Shiism among the people of Deir Ezzor through two factors: the first is the military presence, and the second, perhaps most important, is the “ideological factor.”

The report clarified that the Quds Force elements stationed in Deir Ezzor are divided into three forces. The first is the Fatemiyoun Brigade, which mostly includes Shiite Afghan mercenaries, and the second is the Zainebiyoun Brigade, which is ostensibly concerned with defending Shiite shrines. Finally are the local tribal forces that entered the military battles through the gateway to fighting ISIS.

The report pointed out that the Fatemiyoun Brigade is the most active Iranian force in Deir Ezzor, as they seek to maintain the Shiite sectarian presence among the population, while new forces bearing the name Hashemiyoun are partnering with them to support the Iranian forces.

The forces affiliated with the Quds Force have also succeeded in establishing sectarian associations under the cover of charitable societies in Syria, including the Imam al-Mahdi Association, in addition to the Quds Force holding courses, lectures and religious seminars on a weekly basis in popular areas in the city of Al-Bukamal.

The Syrian Observatory for Human Rights confirmed that those responsible for spreading Shiism in the are offering temptations to the Syrians who attend religious seminars, including distributing 200,000 Syrian pounds and a basket of food products, in addition to encouraging young people to volunteer in the ranks of the Iranian forces for $300 per month.

The Observatory considered that the escalation of the Quds Force’s efforts to spread Shiism in Syria comes in light of the Iranian regime’s feeling of losing their military presence in Syrian territory in light of international efforts to expel foreign forces from the country, as well as the possibility of Damascus returning to the Arab League.

According to a study by the International Center for Iranian Studies issued in 2016, Syria is among the Arab countries most targeted by Iran, as it is an essential focal point in the Iranian strategy, and the Arab Spring helped Iran achieve its goal of entering and controlling Syria.

The study stated that the Syrian crisis has currently become more complicated due to the misguided practices carried out by Tehran, especially since the latter, since it set foot in Syria, has fueled the sectarian conflict among the Syrian people.