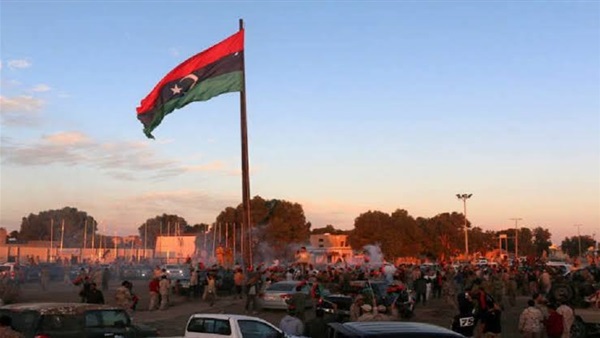 The border region between Algeria and Libya is witnessing a state of security and military alert, and Algiers fears that terrorist militias will flee from Tripoli to escape from the state of peace imposed by the Libyans and the concerned states.

According to Algerian media outlets, the army pushed more military reinforcements to the country’s borders with Libya, and even with Niger and Mali, to prevent the infiltration of militias and mercenaries who were supporting the outgoing Government of National Accord (GNA) and were brought in by the Turkish regime to support the armed factions, amid mounting questions about the fate of terrorist groups that Turkey shipped to Libya.

The media described what the eastern and southern Algerian borders are experiencing as “the stage of exporting mercenaries and militias,” considering it more dangerous than the stage of the fall of the Libyan state and the deterioration of the security situation after the fall of Muammar Gaddafi's regime in 2011.

They pointed out that the previous stage witnessed a disaster of arms transfers from Libya to terrorist groups operating in the African Sahel region, during which Libya became “a source of various types of smuggled weapons.”

According to the security data relied on by the Algerian media, the situation in Libya has changed since 2020 to a more dangerous stage as a result of what they said are strong indications of the possibility of exporting mercenaries and foreign militias to Libya’s neighbors, which is the new crisis that has become a source of concern to the international community.

In May, the Algerian army command announced a state of maximum alert for its forces on the borders with three countries, namely Libya, Niger and Mali, stressing that the Algerian army seeks to prevent the movement of mercenaries and militias to its lands and the Sahel region.

Despite the apparent calm on the public scene in the region, the Libyan authorities' announcement of the need for foreign forces to leave the country has created a tense situation that suggests an unknown security future, as these forces have had more than 10 years of experience in a desert environment in which moving around seemed difficult, which could turn it into an independent force that is difficult to control or tame, according to observers.

According to reports by Al Jaysh Magazine, one of the media outlets affiliated with the Algerian military establishment, the situation in the region is similar to the situation after the fall of the regime of late Libyan President Muammar Gaddafi, with a difference in the causes of the chaos of weapons proliferation. The activity of organized crime networks and the entry of foreigners and terrorists in 2012 escalated to attempts to infiltrate terrorists, mercenaries, and foreign fighters into neighboring countries, and largely towards the countries of the Sahel region in 2021.

Most important conditions for success of Libyan reconciliation

According to press reports, Algerian Foreign Minister Sabri Boukadoum stressed that the withdrawal of foreign fighters and mercenaries from Libya remains one of the most important conditions for the success of the Libyan reconciliation and its leadership to safety.

While presiding over the meeting of the African Union’s Security and Peace Council in May 2021, Boukadoum called for uniting African and international efforts to assist the Libyan Government of National Unity (GNU) in achieving its main priorities in its action plan, including the organization of general elections on December 24, 2021.

The minister stressed that the full implementation of the permanent ceasefire agreement signed on October 23, 2020, including the withdrawal of foreign fighters and mercenaries, the implementation of the arms embargo imposed by the UN Security Council, as well as the effective deployment of the force and mechanism for monitoring the ceasefire led by Libya, are of utmost importance if the sovereignty, unity, and territorial integrity of Libya is to be preserved.

United Nations reports confirm that more than 20,000 foreign fighters and mercenaries are still present in Libya, amid warnings of security experts that there are no signs of their withdrawal from the country, despite the recommendations of the Berlin Summit, which called for the immediate and unconditional exit of all foreign forces and mercenaries from Libya.