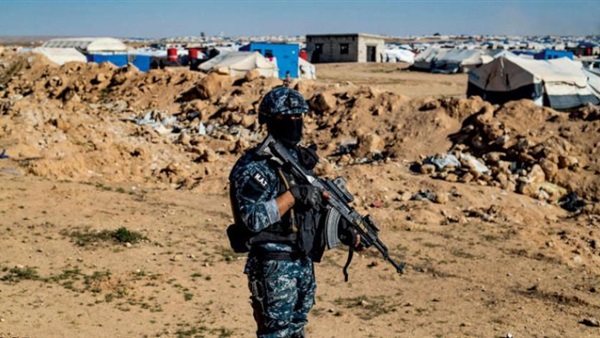 Six members of the Iran-backed Fatemiyoun Division militia were killed and four others injured in central Syria on Friday night.

The Division emerged in Syria in 2014 and is affiliated with the Iranian Revolutionary Guard Corps. It takes part in combat missions in Iran’s areas of influence west of the Euphrates River in the Deir Ezzor governorate, Al Bukamal city, border areas with Iraq and some desert areas east of the Homs governorate.

According to the opposition Ain al-Furat news network, warplanes carried out 22 air strikes on unknown locations south of al-Sukhnah area, east of Palmyra city in the eastern Homs countryside.

The strikes followed an almost one-hour long attack by “unidentified” gunmen, using heavy weapons and missiles, against the Fatemiyoun headquarters on the outskirts of al-Sukhnah.

No party has claimed responsibility for the attack, in which six militants were killed and four others were injured. The casualties were transferred to the Palmyra Military Hospital.

Meanwhile, the Syrian Observatory for Human Rights reported the explosion of a land mine that wounded regime forces in the Palmyra countryside.

The explosion took place during the ongoing combing operations in search for ISIS militants in several desert areas in Syria.

It reported more than 30 air strikes in the Palmyra countryside, Ithriya in eastern Hama and the al-Resafa desert in the Raqqa countryside.

More than 100 air strikes have been carried out in the past few days, it revealed. Russia carried out 7o strikes on May 26 alone.

Five ISIS militants were killed in the raids and others were wounded amid continuous Russian overflights.