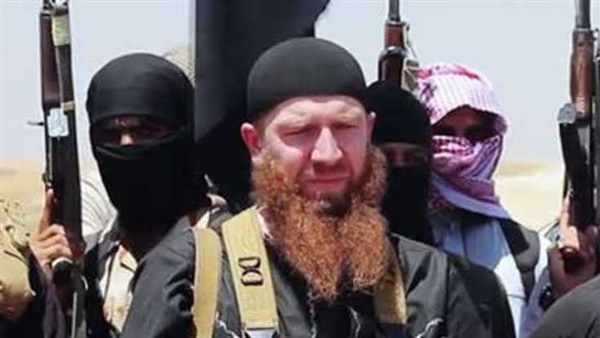 US Assistant Attorney General of the National Security Division John Demers announced that a New York man was sentenced earlier this month to 20 years in prison for attempting to provide material support to ISIS in Iraq and Syria.

“Today's sentence of 20 years in prison acknowledges the seriousness of Clark's behavior, including his calls for other ISIS supporters to carry out isolated terrorist attacks in New York City,” Demers' aide said.

“After Clark pledged allegiance to ISIS, he provided others with specific instructions on stabbing knives and making bombs for use in such attacks,” he added.

“We remain alert to the threat of terrorism and are committed to identifying and holding accountable those who threaten our societies through their support for foreign terrorist organizations,” he continued.

US Attorney Audrey Strauss from the Southern District in New York City added, “Zachary Clark pledged allegiance to ISIS and spread calls for attacks on the public and institutions in New York City on the encrypted chat rooms supporting ISIS, along with detailed instructions to carry out these violent acts.”

“Thanks to the Joint Counterterrorism Task Force, Clark's efforts to incite deadly violence on behalf of ISIS have been silenced,” she said.

“Today's ruling sends a clear message that those who seek to reinforce the campaign of terror and violence waged by ISIS, regardless of the method, will face dire consequences,” she added.

Meanwhile, Acting Deputy Director Patrick Reddan of the FBI's Counterterrorism Division said that “the FBI remains steadfast in the war on terror.”

“I would like to thank the men and women of the FBI, along with our law enforcement partners, for holding accountable individuals such as Zachary Clark, who pledged allegiance to ISIS and supported and propagated their violent terrorist agenda.”

“We remain vigilant in our efforts to prevent terrorism and protect the American people, and today's judgment confirms this commitment,” he added.

According to court documents, Clark pledged allegiance to ISIS twice, first in July 2019 to ISIS leader Abu Bakr al-Baghdadi, then in October 2019 to the new leader, Abu Ibrahim al-Quraishi.

For example, on August 3, 2019, Clark posted instructions on how to carry out such an attack, including directions on how to define the target of the attack, how to conduct pre-operation surveillance, how to conduct operational planning, and how to avoid attracting the attention of law enforcement authorities when preparing for and carrying out an attack.

On another occasion, Clark published a pamphlet entitled “Knife Attacks”, which stated, among other things, that discomfort with “the idea of submerging a sharp object in someone else’s body” is “never an excuse for giving up jihad” and that “although it certainly is not the only weapon to harm infidels, it is widely available in every country and therefore easily accessible.”

Clark's directives also included the publication of a brochure entitled “Build a Bomb in Your Mother's Kitchen” issued by al-Qaeda in the Arabian Peninsula (AQAP), which contained detailed instructions on bomb making using readily available materials.

The FBI's New York Joint Counterterrorism Task Force, consisting of investigators and analysts from the FBI, New York Police and more than 50 other federal, state and local agencies, investigated the case.