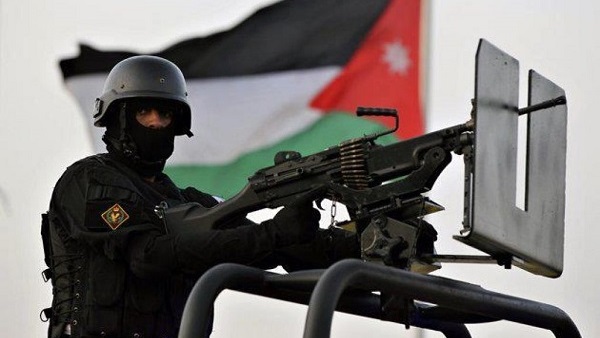 The Jordanian army announced in a statement Wednesday that it stopped 11 people trying to infiltrate from Syria, attempting to smuggle drugs and weapons.

A military source described the operation as “the largest in months,” saying the army foiled the attempted smuggling, and killed three of the smugglers.

The source said three people were killed during an engagement, while two others were injured and arrested. The remaining six people retreated into Syria.

He pointed out that a number of weapons were seized, as well as 1.3 million Captagon pills and other drugs.

The source emphasized that the armed forces would deal firmly and decisively with any infiltration or smuggling attempt to protect the border and thwart any operation threatening the Kingdom's national security.

The Jordanian authorities often announce that they have thwarted drug smuggling attempts on the border with Syria.

The Interior Ministry asserts that 95 percent of the seized drugs are intended for smuggling abroad.

Jordan sentences drug trafficking suspects to prison terms ranging from three and 15 years, depending on the quantities seized. Sentences for drug possession and use reach up to three years in prison.