Sudan Expects to Get Relief on External Debt Worth $45 Billion 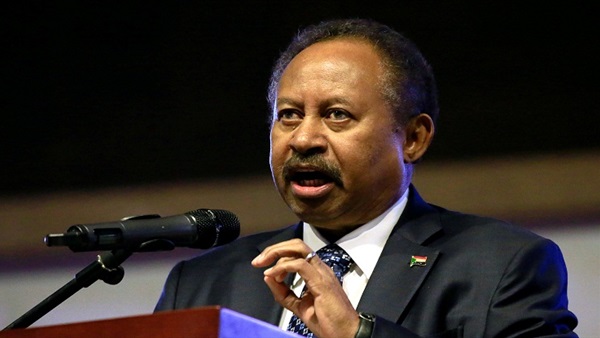 Sudan is seeking relief on more than $50 billion in external debt as creditors exert efforts to push the process forward.

Prime Minister Abdala Hamdok announced that Sudan has made understandings with the Paris Club creditors, of whom France, Austria, and the United States are the largest, and is awaiting the final decision on clearing its arrears to the International Monetary Fund (IMF).

Hamdok said Sudan will fulfill all the obligations and conditions that qualify it for the IMF and World Bank's Highly Indebted Poor Countries (HIPC).

Speaking at a press conference at Khartoum Airport after his return from Paris, Hamdok announced that the creditors could cancel $45 billion of Sudan's foreign debt.

Saudi Arabia has pledged to lead coordination between the creditor countries, according to Hamdok, who emphasized that the Paris conference represents Sudan's return to the international community and constitutes a milestone on the country's transition to democracy.

Hamdok revealed that Sudan is negotiating with Airbus regarding the aviation industry in Sudan, which would qualify the national carrier "Sudanair" to regain its position in the region.

Meanwhile, the Chairman of Sudan's Sovereignty Council Lt-Gen Abdel Fattah al-Burhan affirmed that the partnership with civilians during the current transitional period will continue and that the army will retire from politics after the general elections.

Burhan met with senior officers in Khartoum, saying that rumors about army officers only seek to destabilize the armed forces.

Recent reports on social media claimed that army officers are complaining that 99 military personnel were referred to the Public Prosecution on charges of killing two young men during the peaceful sit-in commemorating the second anniversary of the crackdown on the Ramadan 2019 protest.

Burhan asserted that the situation is under control, without going into details.

He explained the important role of the armed forces in confronting threats that target territorial integrity and undermine national security, indicating that “the armed forces will not give up an inch of Sudan's territory."

The military media said in a statement that the meeting touched on developing bilateral relations between the armed forces.

Khartoum had suspended military agreements with Moscow, however, the latter denied receiving an official message about the alleged suspension.

According to the agreement, the base would reportedly be constructed near the Sudanese Navy's main base at Flamingo Bay, which is situated north of Port Sudan, the country’s main port city on the Red Sea.