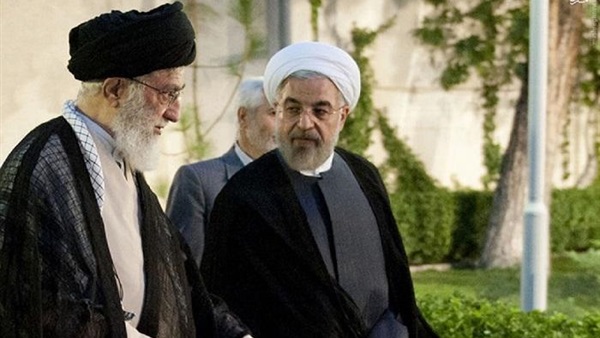 The Iranian regime is intensifying all its efforts to export the Islamist revolution by any means, utilizing the Houthi militia in Yemen as a tool through which to facilitate its scheme and spread its extremist ideology, aimed at targeting the Kingdom of Saudi Arabia through Yemen and reaching the Kaaba in Mecca.

The mullah regime has always worked to reach the hearts of citizens through religious motives, which prompted it to urge the Houthi militia to inaugurate several entities in various fields, among them the Houthi Scholars Association, which is considered a front in the structure of the militia’s hierarchical organization and has continuously worked on issuing religious fatwas that overtly and clearly aim to provoke the Grand Mosque in Saudi Arabia to implement Iran's sectarian plan.

The Iranian-backed militia launched the Houthi Scholars Association after its coup in late 2014, headed by Shams al-Din Mohammed Sharaf al-Din, who was appointed as the Houthi mufti for the Yemeni areas under the militia’s control, and Abdul Majeed al-Houthi was appointed as vice president of the association, which includes extremist sectarian clerics and aims to support terrorist groups by issuing takfirist fatwas that encourage the mullahs to spread throughout the region.

The Houthi association is completely different from the Yemeni Scholars Association, which was established in Sanaa in 2006 and includes traditional Muslim scholars, chaired by Abdul Majeed al-Zindani and deputies Ahmed al-Muallem and Muhammad al-Ameri, in addition to 150 members. It organizes public conferences attended by scholars from different countries, and it currently seeks to correct the religious misconceptions promoted by the Houthis and extremist scholars in order to save Yemenis from the extremist Shiite ideology.

The association issues fatwas to mobilize Muslim sentiments in favor of the mullahs’ destructive plans and expansion projects in the region. A fatwa was issued on May 7 on the occasion of the so-called International Jerusalem Day (an Iranian occasion created by late Iranian leader Ruhollah Khomeini and used by Tehran and its sectarian militias to spread their destructive ideas) stating that the closest way to liberate Al-Aqsa Mosque is via the Grand Mosque.

The Houthi Scholars Association statement said, “The closest way to Al-Aqsa Mosque is the Grand Mosque if it is freed from the hegemony of the Saudi regime, which has accepted itself to be the first and most advanced armor to defend the Zionist entity. The liberation of Jerusalem has become closer than ever before, especially after the masks fell off and became evident. Many facts and uncovered agents and traitors who traded in Jerusalem and Palestine were revealed.”

Yemeni political analyst Mahmoud al-Taher said in a statement to the Reference that the association’s fatwa comes within the framework of the war the Iranian regime is waging through its proxies in Yemen represented by the Houthi militia, with its primary goal being the Kingdom of Saudi Arabia.

Meanwhile, Yemeni activist Saeed Numan said in a press statement that the fatwa is part of the literature and approach of the Houthi militia, which is blatantly inciting against Saudi Arabia, and it comes as a Houthi-Iranian attempt to possess a pressure card against the international community.