How Iran Regime's Terrorism Overshadows Its Other Policies 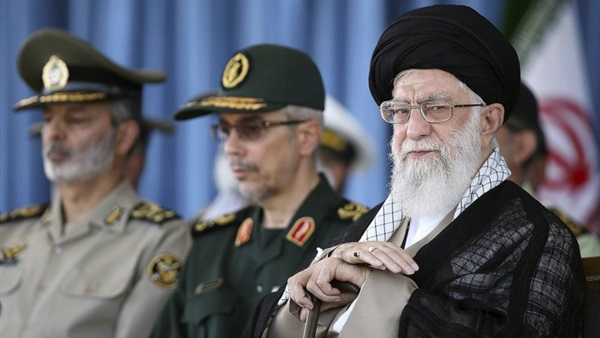 European and American diplomats are convening with Iranian diplomats in Vienna to hammer out a nuclear deal. However, the center of gravity for decision-making is not in Vienna; it is in Tehran. And understanding Tehran's policy-making process proves that elusive "moderates" are small pawns serving at the command of a dictatorship in deep trouble.

US Secretary of State Antony Blinken rightly pointed out on May 4, "It's clear who the decider is in the Iranian system, and that's the supreme leader. He is the one who has to make the fundamental decisions about what Iran's approach would be."

The regime's supreme leader, Ali Khamenei, saw fit to reiterate that point earlier in May after an uproar about a leaked taped interview of the mullahs' Foreign Minister Javad Zarif. Khamenei publicly slammed his foreign minister in a televised appearance, saying that he parrots the "words of the enemy." For good measure, Khamenei added that the entire foreign ministry merely "executes" his diplomatic policies instead of "designing" them. So much for diplomacy, theocracy style.

In the leaked audiotape, Zarif had, in particular, acknowledged that he and the diplomatic apparatus under his reign were puppets of the mullahs' extra-territorial terrorist Quds Force. Further, his remarks unmasked the hideous visage of a theocracy he desperately tries to cover up with a grinning facade, particularly in Vienna.

To make matters worse, late last month, the mullahs' president, Hassan Rouhani, reiterated at a cabinet meeting that the state's most fundamental decisions and approaches, including its terrorist plots and regional meddling, are adopted at the Supreme National Security Council, which top officials attend. Khamenei then personally approves those decisions.

These comments should dispense with the spurious illusion in the West that there is a "moderate" faction carrying any weight in the regime’s internal calculations. Moreover, Tehran's "diplomats" are essentially in charge of putting up a front for the regime's destructive activities in the region and beyond.

This is no surprise. In February, a court in Antwerp, Belgium, convicted a senior sitting regime diplomat for plotting to carry out a deadly terrorist operation against the Free Iran rally in June 2018, in Paris, where Maryam Rajavi, President-elect of the Iranian opposition National Council of Resistance of Iran (NCRI), was the primary target. The diplomat, who reported ultimately to Zarif, will now serve 20 years in jail after he withdrew his appeal on May 5.

Based on these admissions by regime officials, it is now more apparent than ever that such terrorist decisions were made at the Supreme National Security Council, ratified by Khamenei, and executed by the Ministry of Intelligence and Zarif's "diplomatic" terrorist corps.

According to Zarif, the export of terrorism and regional meddling constitute the core of the regime's policy orientation.  "The [military] theatre [where Tehran is involved in regional meddling] rules over publicity, as well as all official positions and statements. What is happening in the theatre rules over everything," Zarif says in the leaked interview.

He openly admits that during his tenure he simply carried out the directives of the former Quds Force commander, Qassem Soleimani, who was eliminated early last year. Zarif insisted that he conferred with Soleimani before his most important foreign engagements to receive proper instructions.

Soleimani's footprints can be traced in every discussion of consequence, making Zarif completely inconsequential. "If General Soleimani was not involved," Zarif recalls, "I could not get anywhere in the 2003 negotiations with the US on Iraq."

Similarly, when it comes to nuclear talks, Zarif says that Soleimani's terrorist agenda reigned supreme: "We spent a lot of the things we could have put into getting more out of the JCPOA or after the JCPOA, into furthering our work in the [military] theatre. … The politics of the theatre determined what the policy of the country should be." In other words, Zarif facilitated Soleimani's policies.

The so-called "moderates" are mere instruments used by Khamenei and the terrorist Quds Force to pursue their destructive policies. In this sense, negotiations with the theocracy are futile and lack all credibility.

The leak of Zarif's interview comes on the brink of the sham presidential elections scheduled for later in June. The internal feuds that have ensued unmask a weakening regime in deep crisis and grappling with widespread social discontent. While Khamenei is keen to exploit this situation to purge his rivals, that could lead to major popular upheavals beyond his control.