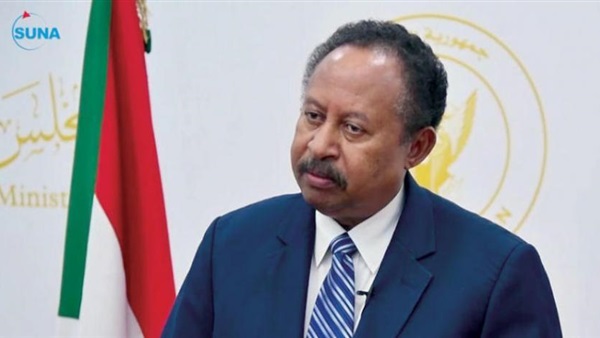 Sudan’s Prime Minister Dr. Abdalla Hamdok has stressed the importance of reaching a binding agreement on the operation of mega-dam Ethiopia is building on the Blue Nile.

He said the agreement shall allow better planning for agricultural development and production.

In an interview with the US CNN news channel, Hamdok said without reaching a binding legal agreement, Khartoum will be under the “mercy” of Addis Ababa in terms of water provision.

He pointed to the seriousness and sensitivity of the Grand Ethiopian Renaissance Dam (GERD) issue, noting that it affects the safety and security of millions of Sudanese and Egyptians.

Hamdok highlighted the unsettled issues between the three countries, affirming that they can be resolved within weeks, in accordance with the international law.

The PM explained his country’s proposal to shift the international observers’ role to become mediators to help reach an agreement on this matter.

On the border crisis, Hamdok said that it had been resolved since 1902 by the pact demarcating the borders on the map, saying that successive Ethiopian governments have recognized these borders.

For his part, Sudanese Irrigation Minister Yasser Abbas, for his part, said Sudan adheres to negotiations as the only means to resolve issues, provided that the methodology of negotiation is changed and includes other parties to help the three countries reach an agreement.

Sudan will brief the United Nations Security Council on the developments that took place recently, as well as the outstanding issues, including those resolved, in addition to Addis Ababa’s unilateral second filling of the dam reservoir, SUNA quoted Abbas as saying.

He affirmed that his country does not need more time to negotiate, but rather a political will to reach an agreement that guarantees the rights and interests of the three countries.

“The unilateral filling of the reservoir threatens electricity generation from Sudan’s Merowe Dam and Roseires Dam, as well as the safety of the Roseires Dam and 20 million Sudanese living downstream of the GERD,” he stressed.