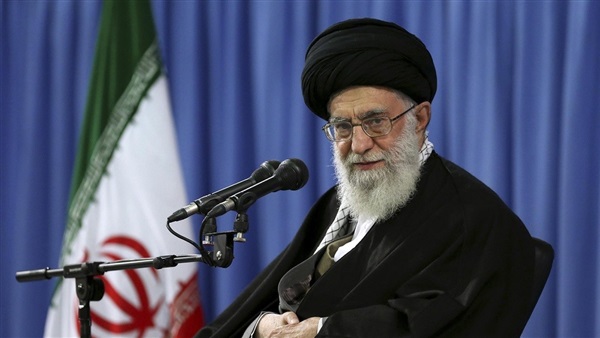 Despite his apology for bemoaning the influence Iran’s military enjoys over diplomacy in a leaked audio, Iranian Foreign Minister Javad Zarif continues to face mounting pressure over his controversial remarks.

Supreme Leader Ali Khamenei labeled Zarif’s comments as a “big mistake” and slammed the top diplomat for parroting the “words of the enemy” in his criticism of top Iranian general Qasem Soleimani, the commander of the Revolutionary Guards’ Quds Force.

“The country’s policies are made of different economic, military, social, scientific and cultural plans, including foreign relations and diplomacy,” Khamenei said in televised remarks.

Saying “that one part denies the other or contradicts... is a big mistake that must not be perpetrated by officials of the Islamic republic,” he added.

Shortly after Khamenei’s speech, Zarif published a renewed apology on his Instagram account, expressing regret for “personal comments that weren’t meant to be published” and said the supreme leader’s views on policy represented the “final word.”

“I hope that with the help of God, my colleagues and I will be able to work with one mind and heart alongside other public servants for the perfect implementation of the supreme leader’s orders,” Zarif said earlier.

He also said he was “very sorry” that his “personal views” were published and exploited by Iran’s “ill-wishers” and upset the supreme leader.

Last week, the media published a leaked fragment of a recording of a conversation Zarif had with Iranian economist Saeed Lilaz.

Moreover, the minister described a rivalry with Soleimani, who ran the Revolutionary Guards’ foreign arm before getting killed in a US airstrike last year in Iraq.

In the leaked voice recording, Zarif also accuses Russia of interfering in Syria and cooperating with the Revolutionary Guard to sabotage the Iran nuclear deal.

The recording provoked anger from conservatives. But moderates have questioned who stood to gain from the leak, as presidential elections loom and amid pivotal talks seeking to revive a hobbled 2015 nuclear deal between Iran and world powers.

Iranian President Hassan Rouhani, for his part, considered the sound leak as part of a “conspiracy” against efforts to revive the nuclear agreement.

Rouhani, who is approaching the end of his second and final term, said it was timed to sow discord in Iran, just as the Vienna talks were “at the height of their success.”

The Intelligence Ministry “must do its best to find out how this tape was stolen, and publish a report to people,” Rouhani said.

“There will be no mercy for those who made a mistake on this,” he added.