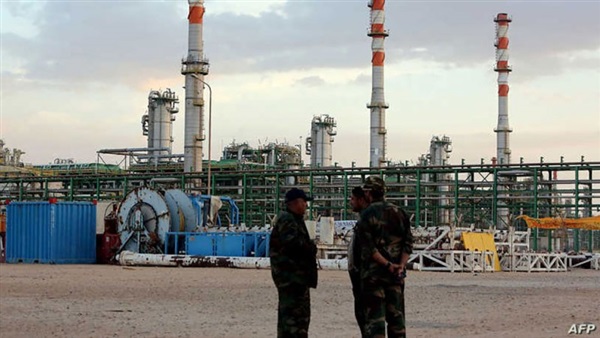 Despite the low level of the general budget in Libya, the country is moving to save oil by taking intensive steps for the oil companies to rehabilitate the destroyed fields that terrorist groups sought to control.

Nafusah Oil Operations Company announced the completion of the installation work of rig 27 belonging to the National Company for Drilling and Maintenance of Wells in order to start the urgent inspection and maintenance work for the A-4 well in the North Hamada field - Concession No. 47 - Ghadames Basin.

Nafusah’s media office confirmed in a statement that the company is working on rehabilitating the A-4 well that was drilled in 2008 in preparation for its completion and placing it on production within the first phase of the field development plan, in addition to its work on the rehabilitation of the crude oil transportation network, which needs significant funds in light of scarcity of resources and low budgets due to the National Oil Corporation’s failure to obtain adequate funding from the Libyan authorities.

Meanwhile, the Waha Oil Company announced the rehabilitation of crude oil tanks and the continuation of its work at Sidra Port, as part of the continuous efforts of the Management Committee, stressing that these works come with the support of the National Oil Corporation (NOC), which considers the rehabilitation of the sector’s infrastructure as its top priority, despite the low level of budgets assigned to the sector. The company pointed out that the construction operations and rehabilitation of crude oil tanks are continuing at the Sidra Port oil reservoir complex under the supervision of the Engineering Department.

Waha stressed that the initial construction on tanks No. 1 and 17 has recently been completed, which were previously removed due to being completely destroyed. After a few days, the work teams are expected to begin the process of installing the tank structures, roofs and accessories, which will enhance the storage capacity and raise exports, thus supporting the country's national product.

The company expected that the new reforms would add about 12,000 barrels per day to production.

Libya intends to raise its oil production to 1.45 million barrels per day by the end of 2021 to 1.6 million within two years and 2.1 million within four years.

Sanalla called on the Ministry of Oil to provide the required budgets from the government so that the corporation can achieve the target of production by the end of this year, stressing that the numbers may be lower in the coming days due to the debts of national companies and their inability to continue production.

Libya’s National Oil Corporation declared a state of force majeure at the Harika oil port as of last Monday.

The NOC attributed its announcement to the Central Bank of Libya's refusal to monetize the oil sector budget for months, indicating that it is trying to control the Libyan people’s only resource.