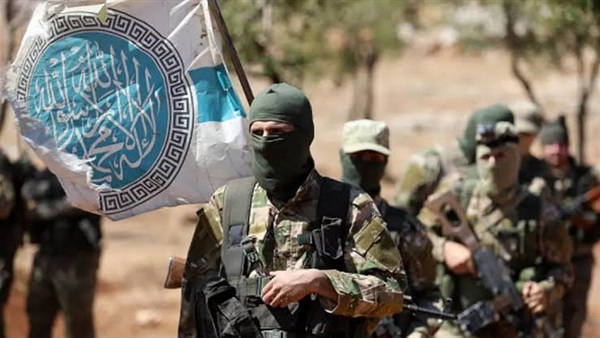 Hayat Tahrir al-Sham (HTS) continues its violations of freedom of information and the press in northern Syria’s Idlib governorate, the latest of which was the arrest of journalist Abdullah Al-Omar for being close to the country's government.

In its periodic report issued in March, the Syrian Center for Journalist Freedoms in the Syrian Journalists Association (SJA) documented twenty violations during the same month.

The report pointed out that the reality of the situation in March was not different from what it was during the previous months, as HTS constituted a main cause of most of the violations against the press documented by the center during the first quarter of the current year.

Violations against the media

After dominating Idlib, HTS took the lead in violations of the rights of media professionals and journalists, according to figures documented by the Center for Journalist Freedoms.

Violations against media professionals have reached 575 in the governorates of Aleppo and Idlib since 2011, according to the director of the center, Ibrahim Hussein. He stressed that hardly a month passes without new violations committed by HTS.

In the same context, Reporters Without Borders recently issued a statement condemning the continuous threats made by HTS elements against journalists.

The statement emphasized that HTS threatens journalists with voice messages on mobile phones, in addition to the ongoing attacks while covering daily events in the governorate.

Following the statement by Reporters Without Borders, one of the leaders of the organization broadcast an audio message on the Telegram application bearing death threats to every journalist who criticizes HTS, saying, “I swear by God, we will not leave a single journalist on the face of Syria.”

The Syrian Observatory for Human Rights also confirmed that HTS intentionally arrests journalists for allegedly violating security checkpoints, and in fact it arrests them while performing their professional duty.

The Observatory stated that HTS detained nearly 30 journalists but released them after they spent nearly two months imprisoned with severe torture.

Journalists and media workers held a sit-in at Al-Sa'a Square in the center of Idlib weeks ago to protest the beating and insulting of a group of them by members of HTS while they were covering the passage of the joint Turkish-Russian patrol on the M4 road near the city of Jericho, south of Idlib.

HTS members insulted journalists and media professionals and destroyed some of their equipment, and three journalists were detained for hours last month in the town of Maarat al-Naasan in the northeastern countryside of Idlib.

Last month, a journalist from the countryside of Hama was attacked by HTS elements at one of its checkpoints west of Idlib.

The methods used by HTS against media professionals vary, as it deliberately intimidates them in the context of the policy of imposing tutelage on media work and the region and pursues anyone who violates its approach.