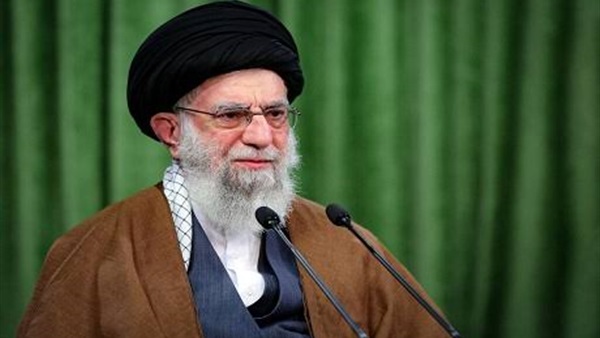 International Workers’ Day is the most prominent event to bring about protest in Iran against the regime of the Supreme Leader Ali Khamenei in light of the deteriorating economic and living situation and months of delays in wages, in addition to the major corruption for which the Iranian economy is known.

On International Workers’ Day, Iran witnessed widespread protests by workers and laborers in 20 Iranian cities chanting against the regime, corruption and low wages, with some demanding the fall of the regime.

According to videos posted on social media, gatherings were organized across 15 provinces in cities such as Tehran, Karaj, Mashhad, Tabriz, Kermanshah, Borujerd, Arak, Bojnord, Khorramabad, Ilam, Ahvaz, Rasht, Sari, Isfahan, Qazvin, Maragheh, Shush, Shahin Shahr, Nishapur and Qom. The demonstrators gathered in front of the Ministry of Labor in Tehran and in front of Social Security offices in other cities. The protests were met by the Iranian regime with repression, arrests and violence.

During the demonstrations, protesters chanted various slogans, including “Job security must be restored”, “Our pain is your pain, O people join us”, “The government of thieves, the enemy of the workers”, “Death to the oppressor, and greetings to the worker”, “Let the political prisoners be released”, “The student, the teacher, and the worker unite”, “Parliament and government, stop deceiving the people”, “Shame on us, shame on us, our secret government”, “We no longer vote, we heard many lies”, “The worker dies, he does not accept humiliation”, “Demand your right, O worker and farmer”, “The oppressed worker’s right is deprived”, “The imprisoned worker must be released”, “The government is the enemy of the working class”, “We get our rights only on the street”, “We heard a lie; we will not vote anymore”, “We will not stop until we get our rights”, and “The poverty line is 10 million but our salary is 2 million”.

This year, International Workers’ Day came at a time when various statistics and reports indicate the deterioration of living conditions and job security for Iranian workers over the past year, as well as the suppression of the increasing system of trade unions and protesting workers.

Over the past year, as cities across Iran witnessed labor gatherings and union protests, at least 37 workers and activists were arrested, according to human rights organizations.

In this regard, the Hrana news website wrote that the arrests included four labor activists from the Haft Tappeh company, five workers from the Kut-e Abdollah municipality, six participants from a gathering to support Haft Tappeh workers, and dozens of nurses and teachers.

One example of the security crackdown on labor activists is the arrest of Mehran Raoof, a 64-year-old Iranian-British citizen and labor rights activist who was arrested in September 2020 by Revolutionary Guard agents.

According to the report, the judiciary in Iran also sentenced 46 labor activists to 636 months in prison and 3,108 lashes, and summoned 51 workers to the judicial and security authorities.

For example, in December 2020, labor activist Arash Johari was sentenced to 16 years in prison for “conspiring against national security, running illegal gangs and propaganda against the regime.”

The leader of the Iranian opposition abroad, Maryam Rajavi, welcomed the workers’ uprising and protest, saying that despite the repressive measures, they took to the square on Workers’ Day to express their “disgust” with the dictatorship of the mullahs, which is an “endless government and the enemy of workers,” and they called for a boycott of the mullah regime’s scripted election.

Rajavi added that as long as the regime is in power, then poverty, inflation, unemployment, oppression and discrimination against workers will increase more and more. The overthrow of the mullah regime and the establishment of freedom and democracy are necessary to restore the rights of workers and laborers. The United Nations, human rights organizations and those defending workers’ rights called for immediate measures to be taken to secure the release of detained workers in Iran.

Among other statistics related to Iranian workers during the past year: 1,331 cases of separation and settlement, 4,224 cases of unemployment, 28,493 cases of insecurity for workers, and 4,244 cases of uncertainty in the field of work.

It is reported that deaths and worker injuries from work-related accidents are other topics of importance in the reports.