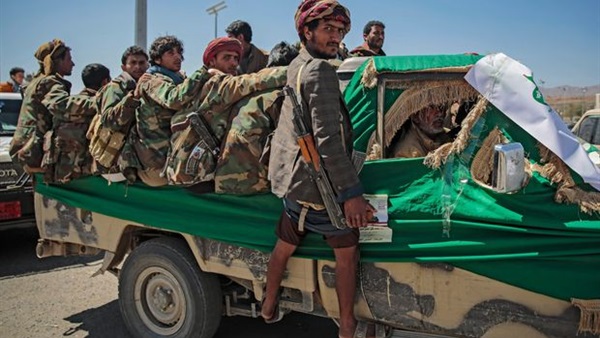 The government said the Houthis insist on the military escalation in Marib and fail to comply with the UN and international calls to end all attacks obstruct attempts to achieve peace.

He renewed the position of the government in support of international efforts aimed at achieving a just and sustainable peace based on the three references.

Despite all the initiatives and concessions made to achieve peace, the Houthi militias are continuing their aggression and military escalation in Marib against civilians and the internally displaced persons, according to the Minister.

Bin Mubarak blamed the Houthi militia for blocking peace efforts and prolonging the Yemeni peoples' suffering, according to Saba news.

The ongoing military escalation is a clear message that the Houthi militias are not interested and not serious about achieving any progress in the peace process, which shows that the decision of these militias depends on the Iranian regime.

Iran is using the Houthis to implement its malicious agenda to destabilize Yemen and the region, the Yemeni minister added.

For his part, the US Ambassador reaffirmed his country's support for the Yemeni legitimate government, Yemen's security, unity, and stability, according to official sources.