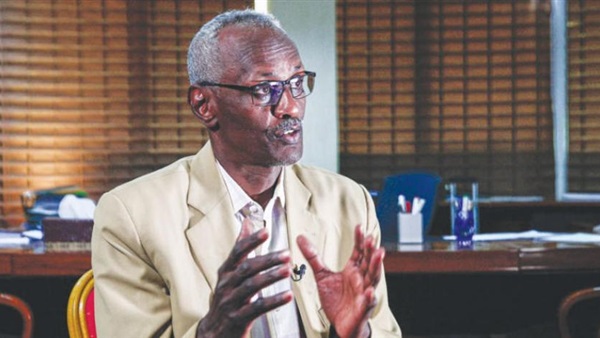 Ethiopia’s offer, according to the minister, is most likely a political tactic looking to impose a fait accompli on concerned downstream countries, namely Egypt and Sudan.

In an interview with Asharq Al-Awsat, Mohammed justified Sudan’s rejection of the tabled proposition by pointing out its shortcomings, which include a lack of clarity on which data and information would be exchanged exactly.

He added that Ethiopia’s suggestion to nominate dam operators for data exchange before the filling of GERD in upcoming rainy seasons fails in defining important details for the safe and fair operation and filling the controversial dam.

Perhaps most important of all, the pitch for data exchange does not cover the grounds needed for ensuring that safety measures are in place and effective.

Sudan fears that the GERD will put the operation of its Roseires dam, which is located nearby the Ethiopian dam, and the lives of millions of Sudanese citizens at “a very high risk” if an agreement regulating its operation and filling is not reached.

As for speculations of armed conflict breaking out over GERD, Mohammed said that chances of war are “weak.”

Why did Sudan reject the Ethiopian offer to exchange data on the second filling of GERD?

We rejected Ethiopia’s offer because it is selective. It only covers naming operators for following up on the testing of the dam’s lower gates. The proposal does not include sharing important data like GERD’s filling dates and details and safety documents that we need to maintain safety at the Roseires dam.

Although we welcome the Ethiopian initiative, we stress the need for sharing vital information under a binding legal agreement that will ensure the sustainability and continuity of data exchange.

Can an agreement be reached within the little time left before Ethiopia’s deadline for the second filling of GERD in July?

Throughout talks, despite the hiccups, there was great progress. We managed to agree on about 90% of terms. Three legal points and four technical points remain unsettled. Altogether, they amount to no more than 10%, but are considered important and demand political will.

We expect that an agreement can be reached within a day or two after resolving those key points. The time left before the second filling is sufficient to sign an agreement, because there is not much left to negotiate. We just need the political will for it.

What are the outstanding issues?

Three main legal points are currently throwing a spanner in the works and they are dam filling, dam operation, and ensuring the equitable distribution of Nile waters.

As for the unsolved technical issues, they are not difficult to sort out if a binding agreement is first produced for the abovementioned legal points. Finding an agreement for them would be very easy.

What concerns did Ethiopia voice during negotiations?

There are no real concerns. The only present worries about Ethiopia's right to future use of Blue Nile waters. On that matter, Sudan was the one to propose Article 14 of the Declaration of Principles on GERD, which gives Ethiopia the full right to future projects on the Blue Nile in accordance with international law.

How did Sudan go from recognizing GERD’s many benefits to viewing it as a real threat?

Yes, GERD can bring great benefits to Sudan as it regulates the flow of water, increased hydroelectric generation and reduces the risk of floods, but it will turn into a real threat in the absence of a compelling deal.

Before, Ethiopia was keen on achieving agreement. But since last July, it started insisting on filling the dam without first achieving any compelling accord. Ethiopia’s fait accompli policy converts GERD to a threat, especially to the operation of the nearby Roseires dam.

GERD is not located in Ethiopia’s heartland, it is only a mere 15 kilometers away from our borders, and 100 kilometers from Sudan’s Roseires dam. Without a binding legal agreement, GERD becomes a threat to Sudan, with all its benefits turning into risks.