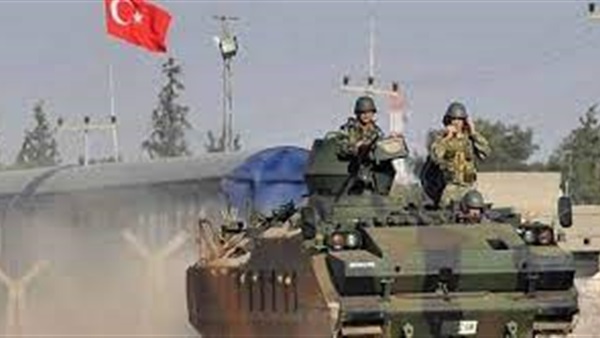 Three Ankara-backed fighters, including two members of Ahrar al-Sham movement, were killed Monday during clashes with the Syrian Democratic Forces (SDF) on the Maranaz frontline in northern Aleppo countryside.

“Activists had monitored an attack by Ankara-backed factions on positions of the Kurdish forces on Maranaz frontline in the northern Aleppo countryside, backed by Turkish forces,” the Syrian Observatory for Human Rights said.

Two regime soldiers were injured in the fighting after a shell fell on their post in the conflict zones.

Also in Aleppo, the Observatory said an exchange of rocket attacks continued between Kurdish forces and Turkish backed factions, south of Azaz, where the factions blocked the Azaz-Afrin road.

It said fierce clashes erupted between the two sides along with intensive shelling and exchange of fire, amid confirmed reports of casualties on both sides.

The column entered via Kafr Losin border crossing with the Iskenderun region, north of Idlib and then headed to observation posts in the de-escalation zone.

The number of military vehicles that have entered Syrian territories since the start of the new ceasefire has reached 8,465, in addition to 10,000 Turkish soldiers.

Meanwhile, regime forces renewed their rocket attacks on positions in the de-escalation zone.

The London-based Observatory said it monitored in the early hours of the morning the fall of rocket-propelled grenades fired by regime forces on places in Safohin, Kansafra, Al-Fatira, Fleifel, Benin, the outskirts of al-Bara, al-Ruwayha and Majdalia, south and southeast of Idlib.

Meanwhile, an exchange of fire between opposition fighters and regime forces erupted on the frontlines in Sahl al-Ghab. No casualties were reported.

In the Hasaka governorate, a huge explosion shook the center of the city of Ras al-Ain, which is under the control of Turkish forces and the factions of the Peace Spring operations room, leaving several injuries and causing material damage.

The Observatory said there was no confirmed information as to whether the explosion was caused by an IED or a car bomb.