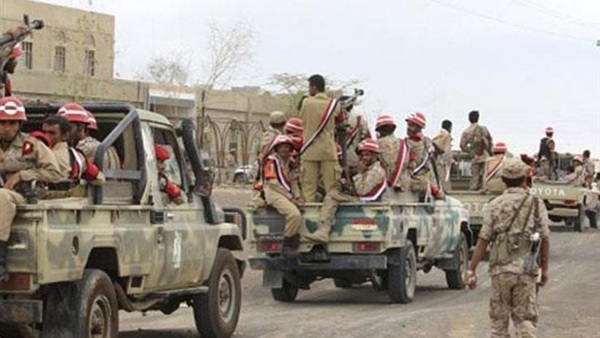 Yemeni army troops have succeeded in liberating new sites in the northern part of the central province of al-Jawf from occupation by the Iran-backed Houthi militia.

This came as battles continued to rage in the nearby Maarib province. Al-Jawf is located in close proximity to Saada province, the main stronghold of the Houthis in Yemen.

According to the Yemeni army's Media Center, units of the army had launched a counterattack on the Houthis in some parts of al-Jawf, and succeeded in liberating these sites later.

The liberated areas, it said, are located between al-Jawf and Saada.

The battles raged for six hours, having cost the Houthis huge human and material damage, the center said.

Meanwhile, Yemeni security forces have succeeded in intercepting a terrorist cell connected with the Houthis in Maarib.

The members of the cell possessed materials used in attacks against the Yemeni army, Yemeni police said.

Special Police Force Commander in Maarib Lieutenant General Selim al-Seyaghi said his force had arrested the members of the cell upon a tip from concerned agencies.

Our forces raided the hideout of the cell once we confirmed the information given us about it, al-Seyaghi said.

In the possession of the members of the cell, he added, the forces found firearms of different types, maps, wireless communication devices and explosive devices.

Al-Seyaghi noted that his unit had been closely watching the cell for a long time before carrying out the raid.