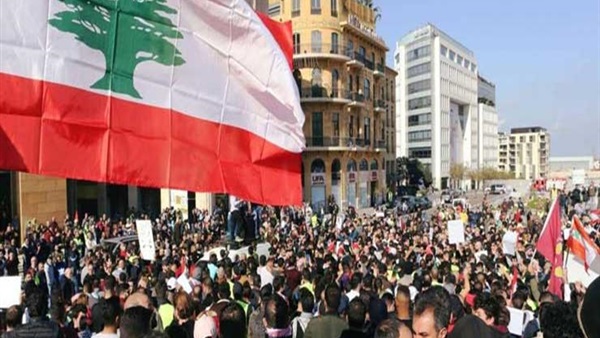 Samir Merhi returned to Lebanon in 2009, hoping the fortune he made abroad would let him retire comfortably at home, but the country's economic crisis has upended his dreams and forced him to leave again.

For four decades, Merhi said he made "millions" working in the fashion and construction industries in Britain and the Gulf, but draconian controls imposed by Lebanese banks have trapped his life savings.

Speaking in a hotel in Beirut's commercial district of Hamra, Merhi said he was planning to fly to the United States, where he will join family, even though he isn't keen on doing so.

"I have no choice," said the 72-year-old former businessman wearing a neatly pressed suit.

"I have to start over to secure my retirement. If my money was given back to me, I wouldn't need to go to the US," he told AFP.

"What will I do there? I don't want to die in America," he said as he waited for a taxi to take him to the airport.

Lebanon is in the grips of its worst economic crisis since the 1975-1990 civil war, with more than half of its population mired in poverty.

The Lebanese pound has lost more than 85 percent of its value against the US dollar on the black market in a devaluation that has eaten away at pensions and salaries.

Lebanese banks have limited access to pound deposits and halted all dollar transactions since 2019 to stem a liquidity crunch and shore up dwindling foreign exchange reserves.

Like many in the country, Merhi blames the dire situation on politicians who he accused of being "corrupt from head to toe".

"I'm the victim of the biggest financial scam in history," he said. "May God curse them all."

Unlike Merhi, who can live elsewhere, many Lebanese pensioners are caught in a bind.

They include more than 108,000 ex-public sector workers who rely on monthly pensions averaging 2.2 million pounds -- about $1,466 at the official exchange rate, but only around $180 on the volatile black market.

Earlier this month, the pound hit an all-time low of 15,000 against the greenback.

"I had hoped to live honorably at the end of my life," said the ex-officer, the walls in his dark living room adorned with old photos, medals, and embroidered art.

"For the remaining years in store for me, I can only count on God," he added, with his children also struggling to cope.

In Mar Mikhael, a district hit hard by a devastating explosion at Beirut's port last year that killed more than 200 people, charities aiding the most vulnerable have expanded relief efforts to include pensioners.

Among them is Grassroots, which runs a soup kitchen.

"It's mostly retirees" who have been coming recently, said director Mayssa Mansour, standing beside a queue of people waiting for food under pouring rain.

"They are ashamed... these are people who have never needed to ask for handouts."

'Below the poverty line'

The 69-year-old, who retired in 2004, waits for food for his family every day because his pension is now only worth around $100.

"I used to belong to the middle class," he said. "Now I fall below the poverty line."

Private sector workers are also feeling the pinch, including Sara and Fouad Ammar who used to get a combined pension of around $6,000.

Now, the retired teachers only make about $600 between them.

"Our situation is relatively better than many others" said Sara, 68.

"But we didn't expect things to be like this at the end of our life," said the former teacher at a prestigious French school.

Her husband Fouad, 76, said the family has lost more than just savings, with two of their three children having left for Canada because of the crisis.

"We are at an age where we want to be around our grandchildren -- to play with them and to see them," he said with a forlorn look.